So far Sony is pretty much the only noteworthy contender when it comes to fullframe mirrorless cameras, but it is only a matter of time until Canon and Nikon will join the party. But what would it take for me to sell my Sony cameras and get a Nikon (once again)?
Update: now that the cat is out of the bag it was time for a recap of what we know and what we got

Why did I sell my Nikon DSLR and most of the lenses I had and went for Sony mirrorless in the first place? Probably the most important aspect is the lens choice. I am now using lenses not only from different manufacturers but for different mounts on my Sony cameras. Small manual M-mount lenses up to Canon EF superteles (even with AF) and a lot in between.
This lets me cherry pick the best lenses for my needs across a pretty damn big board.
And there are simply lenses, which there are no equivalents for in the DSLR world. Obvious ones would be the Voigtlander 10mm 5.6 or the Mitakon 50mm 0.95, but this is not the whole story: try finding a lens with sunstars as nice as the Loxias for your Nikon DSLR…

I don’t want to make this article too long in ordner not to bore you, so here are a few other things the A7 cameras do a better job for me than a Nikon DSLR:

After having used Nikon DSLRs for several years I can say they get three things right: handling, image quality and AF (are you aware the D5 also has eye-AF?).
I really miss the responsiveness and the fast processor in the Nikon DSLRs.
Furthermore it was a tough fight to finally get lossless raw-files, but why uncompressed? Nikon has that one right for almost two decades now.
There are also some interesting lenses (300mm 4.0 PF, 200-500mm 5.6, 58mm 1.4 to name a few) which there is no equivalent for and which are not that much fun to adapt to Sony compared to Canon lenses.

A few weeks ago I made this list what features those cameras would need to have for me to seriously consider getting one. I marked what we did get, what we didn’t get and what I am still not sure about:

This was my personal list, but there are a few other things missing, that might be of interest to you:

The absence of Eye-AF is a real bummer, as with fast portrait lenses my keeper rate is now much higher compared to back when I was using Nikon DSLRs.
Having 2 card slots does not matter as much to me as it might matter to some of you, yet it was standard in the higher end Nikon cameras to have 2, so I am a bit surpised here.
Battery life we should wait for the first field tests before we complain.

The lenses we actually get soon

The latest Nikon DSLR lenses have been well rounded instruments. This also means they do not exactly excel at a certain thing (like the FE 85mm 1.4 GM with its smooth bokeh rendering or the Loxia lenses for the astonishing contrast and edge acuity) but they rarely had an outstanding flaw. The only one I can think of is the correction of loCA, but this was less of a problem with the most current lenses (1.4/28 and 1.4/105) and I don’t expect it to be a problem with the mirrorless lenses either.
Higher correction means these are not super cheap though, more on that in the next section.

All these new AF lenses will have speed sensitive focus-by-wire focus rings. Yes, that is the dreadful type I hated so much in the early Sony lenses (and Batis lenses). 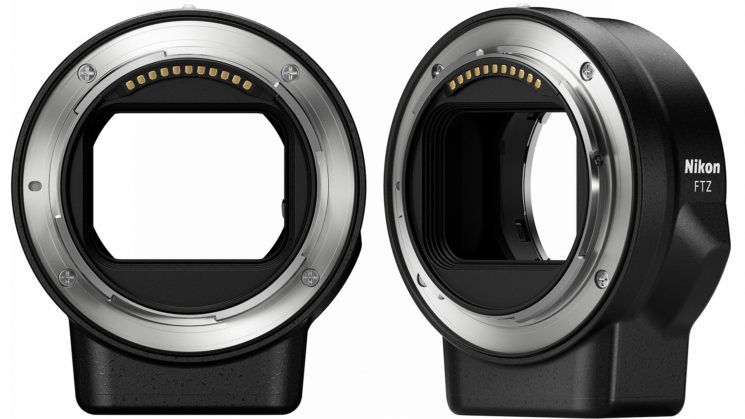 This adapter is pretty cheap, as apparently you can get it for 100$ if you buy one of the two cameras. I still have no idea how good or bad it is, but this might be the way to go if you are on a budget but still desperately want to have one of these two camera bodies.
Autofocus won’t be working with AF(-D) lenses, only with AF-S lenses (and probably the few AF-I super tele lenses) though. You have many good yet cheap lenses to choose from, there isn’t really a dud in the f/1.8 prime series (1.8/35 probably the worst though) and they are very competitively priced.

We also have to see if it actually works with third party lenses like Sigma and Tamron.

The lenses on the road map 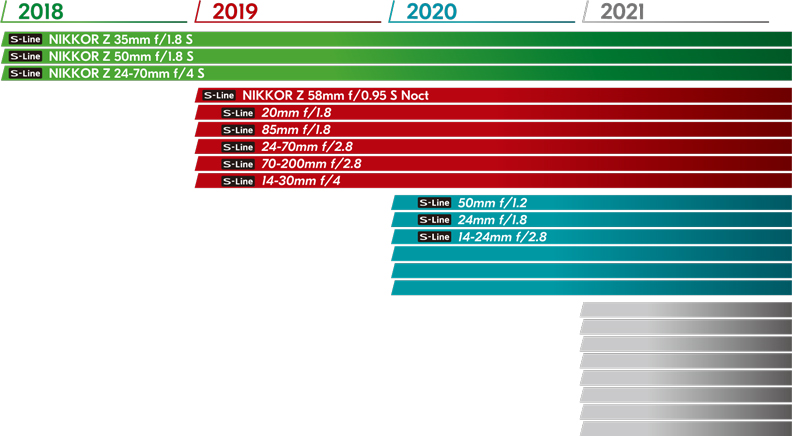 To my utmost surprise Nikon also published a lens road map for the next 3 years. It looks to me as if they prioritized the lenses that do best as DSLR versions and by the end of 2020 we might have a (more or less) full set of f/4 zooms, f/2.8 zooms and a few primes.
Most notable is probably the 4/14-30 with a 82mm filter thread, but it is only a prototype, so we have to wait and see for the actual lens. I will talk about the 0.95/58 in the next section.

The specifications of the new Z-mount are not open, so third parties have to reverse engineer the protocols again. I am not yet sure what that means for the likes of Zeiss, Sigma, Tamron and Tokina. 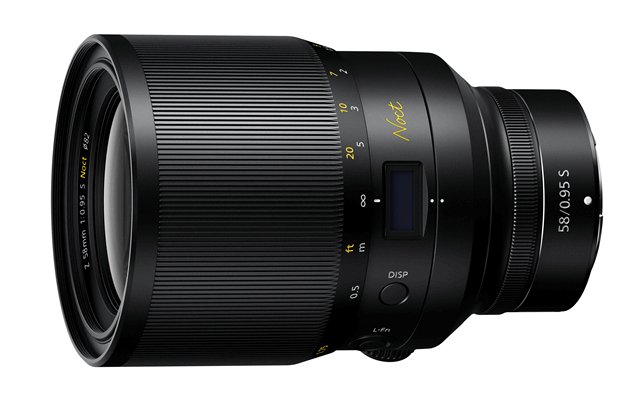 This is the lens that probably caught the most attention. A modern lens like this from one of the big manufacturers with a high grade of correction coupled with the Eye-AF abilities of mirrorless cameras, that I would have wanted to add to my kit.

It is really big, but that is the price to be paid for a lens which is arguably that good, at least they thought of a tripod collar. But being an MF lens without autofocus, that really caught me by surprise and limits its usefulness to me significantly (not that the cameras have Eye-AF yet anyway…).
The ridiculous part is this: as far as I know this lens is also a focus by wire design, there are motors in there to move the lens groups, so why on earth is there no AF compatibility? I don’t get it.

I still regularly use the Mitakon 0.95/50 and obviously there are some limitations regarding focus accuracy – especially with moving subjects – so I expected the Noct to be an improvement in this regard, but this is not what it looks like so far.

That yellow “Noct” writing on the lens also strikes me as ugly and childish looking. Why they did not go with that Times New Roman like font from the trademark papers?

Now the Zeiss Loxia lenses – and also some of the Voigtlander and Laowa lenses – meet my own criteria for landscape and architecture photography like none of the Nikon DSLR lenses ever could.

Of all the portrait lenses I used, reviewed and owned so far the Sony FE 85mm 1.4 GM is the best match to my taste in bokeh with its slightly undercorrected SA at f/1.4.

I don’t think Nikon’s first attempt is a fail, but the current line up will mostly appeal to existing Nikon customers who want a mirrorless camera but so far did not switch to Sony.

If you already have an A7III, A7rIII or A9 and/or you could already find the lenses you need in Sony’s lineup I doubt there is much for you to gain from getting one of these Nikon cameras.

If you are new to the mirrorless world and debating between the Sony cameras and the Nikon cameras it probably depends on how good that FTZ adapter works and what lenses you are actually interested in.

So: I am not buying.