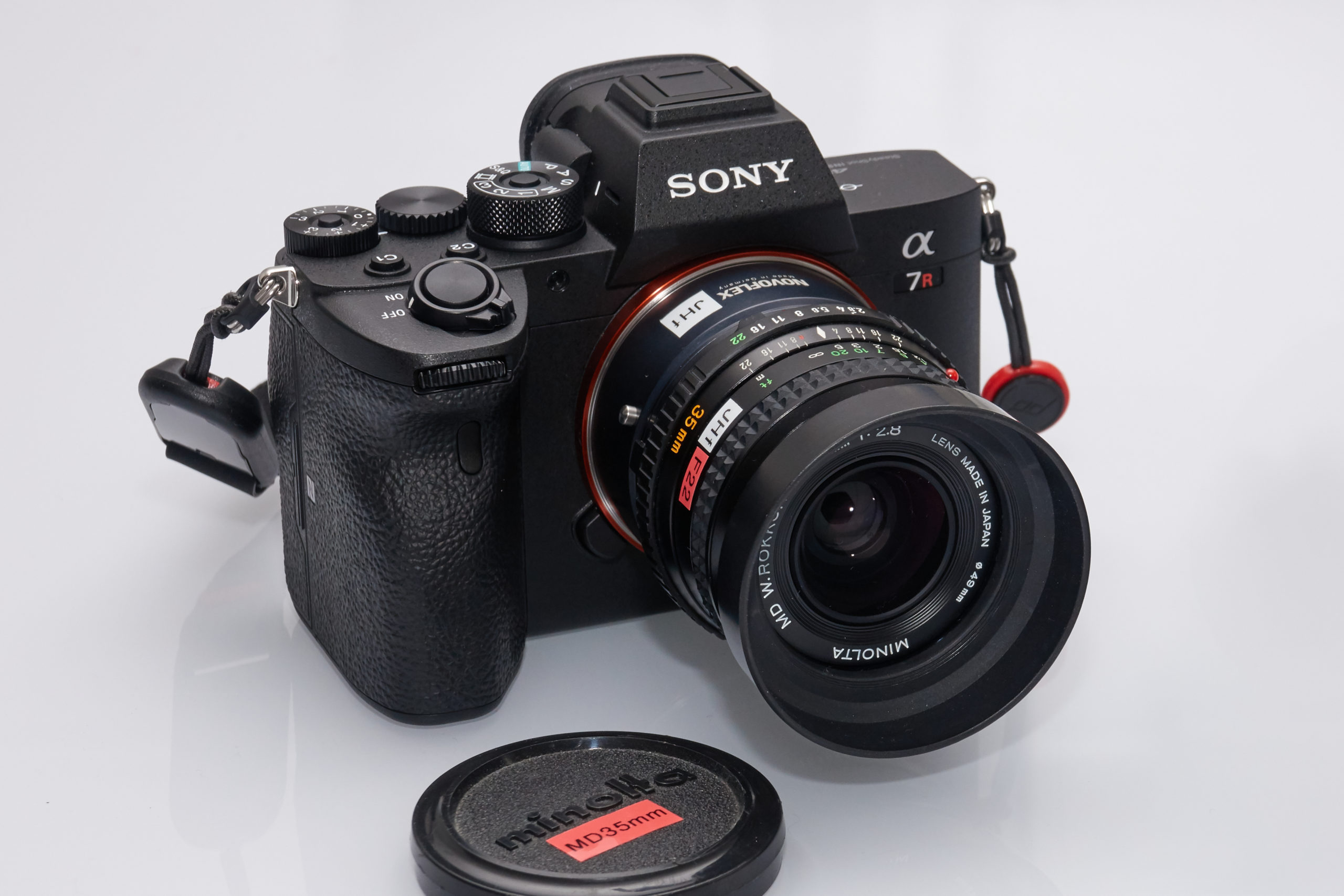 Since the introduction of mirrorless camera with shorter flange focal distances the usage of vintage lenses grew rapidly. With full frame bodies like the Sony A7R II or newer with 42 or 61 megapixel, it is interesting to know whether those lenses are still usable on those cameras and can be a cheap alternative for the manually focussing photographers out there.

I started using digital cameras with buying a Sony alpha 700 DSL-R with 12.2 megapixels. The successors with APS-C- and full frame sensors (alpha 77 and alpha 99) grew in pixel count reaching an interim peak within the Sony lineup in the Sony A7R II and A7R III having 42 megapixels. In September 2019 Sony presented the A7R IV packed with 61 megapixels providing a resolution only available to medium format cameras up to this point in time.

I really like using my vintage Minolta MC-/MD-lenses on my mirrorless cameras – a bit less since I discovered the Voigtländer E-mount lenses lately. Anyway, the results of the Minolta MC-/MD-lenses always positively surprised me, especially on the 42 megapixel Sony A7R II. Irritated by internet and print publications saying that the new Sony A7R IV definitely requires Sony GM lenses to match the requirements of the 61 megapixel sensor I tried to figure out which lenses are still good to go on the A7R IV and which are not – starting with some prime lenses.

I already can hear you asking: „Serious? You want to compare a lens from 1973 – 1977 with modern, newly designed Voigtländer?“. Well yes, the Minolta is an good lens and was one of the best 21mm at its time. It already had „floating elements“ and therefore was a modern and state-of-the-art lens when it came to construction and design. Check out allphotolenses.com, if you want to know more about the 21mm Minolta.

The size comparison indicates, that in the past, optical quality was heavily depending on a more complex construction leading to a set of 12 elements in 9 groups for the Minolta vs. 9 elements in 8 groups for the Voigtländer. This, the shorter flange distance and being a half stop slower makes the Voigtländer a winner in reference to size – and weight, since it only weights 230 grams in comparison the  510 grams Minolta.

But who cares about the technical specs – it’s the images that count, right? The following images all have been exported from the RAW using Capture One 12 without any changes unless mentioned otherwise.
The first image comparison is a good example to show the progress in less coating over the last year to reduce flares. Both lenses were stopped down to F4, the Voigtländer on the left, the Minolta on the right: 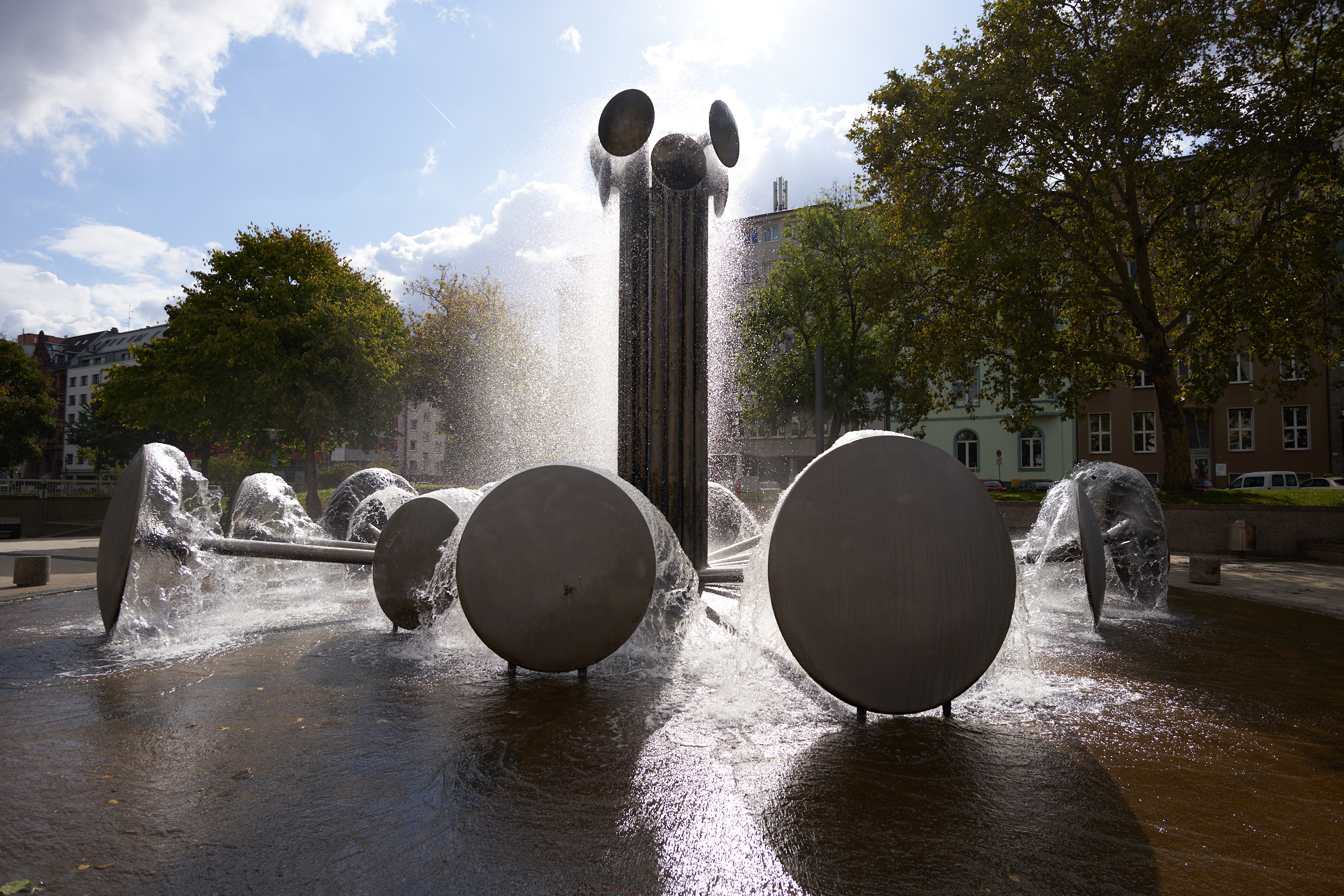 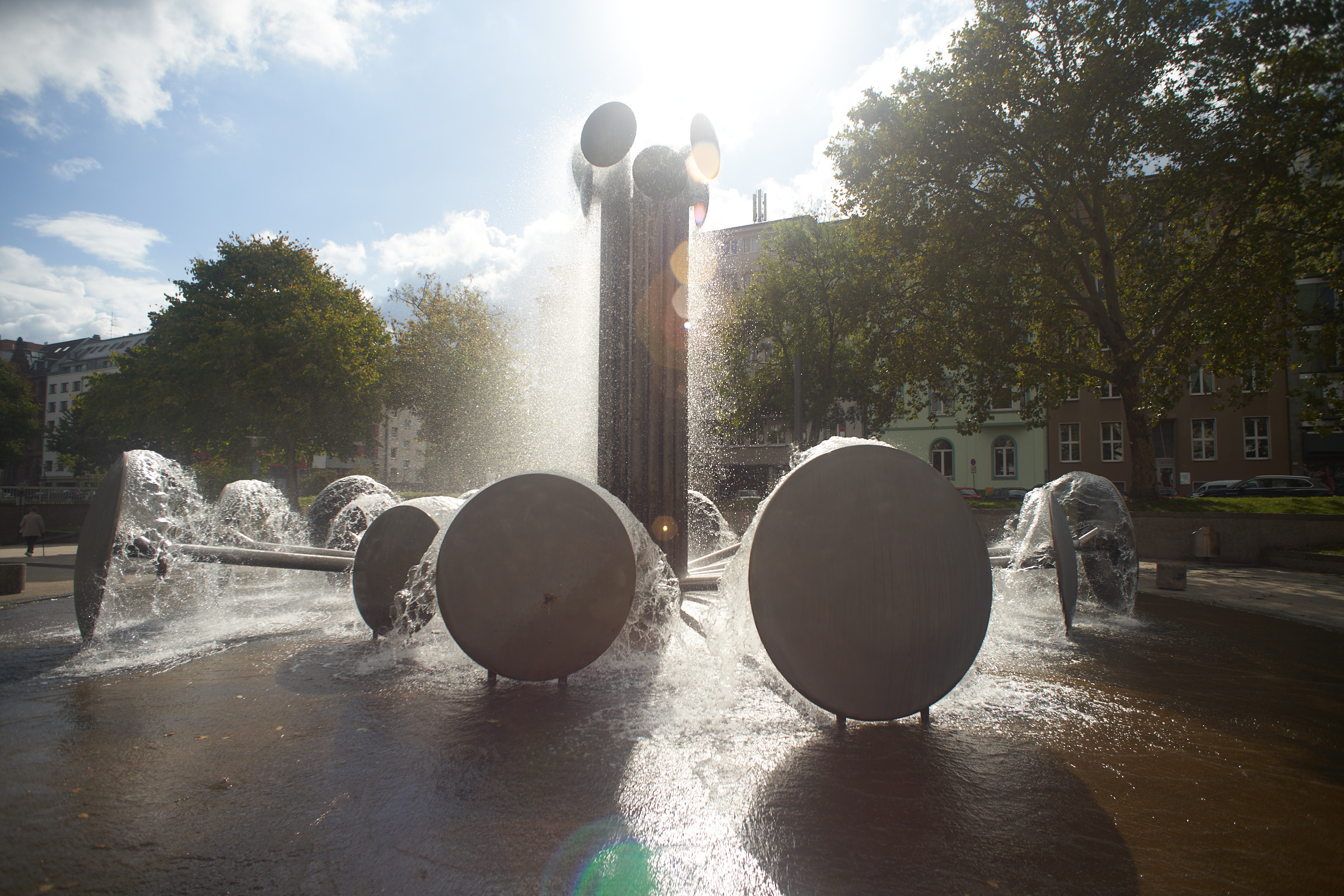 The Voigtländer 21mm / 1:3.5 Color Skopar easily handles the direct sunlight whereas the Minolta MC W. Rokkor-NL 21mm F2.8 has a hard time delivering an image with contrast. Let me clarify, that the flares and reflections are not caused by the inside of the mount adapter. The one used here is manufactured by Novoflex and is surely beyond any doubt. Stopping further down to F8, there is not much of a change for both lenses. The Voigtländer remains at a top level. The Minolta gains a bit of contrast and even the flares become clearly defined with edges.
I prepared some direct comparisons based on the 100% view of both images by creating screenshots in Capture One 12 at F4 and F8 from an area near the center and from the upper right corner:

Let’s move over to color rendering and bokeh, of which the later is probably not really important when using a shorter focal length of 21mm, again the Voigtländer on the left and the Minolta on the right: 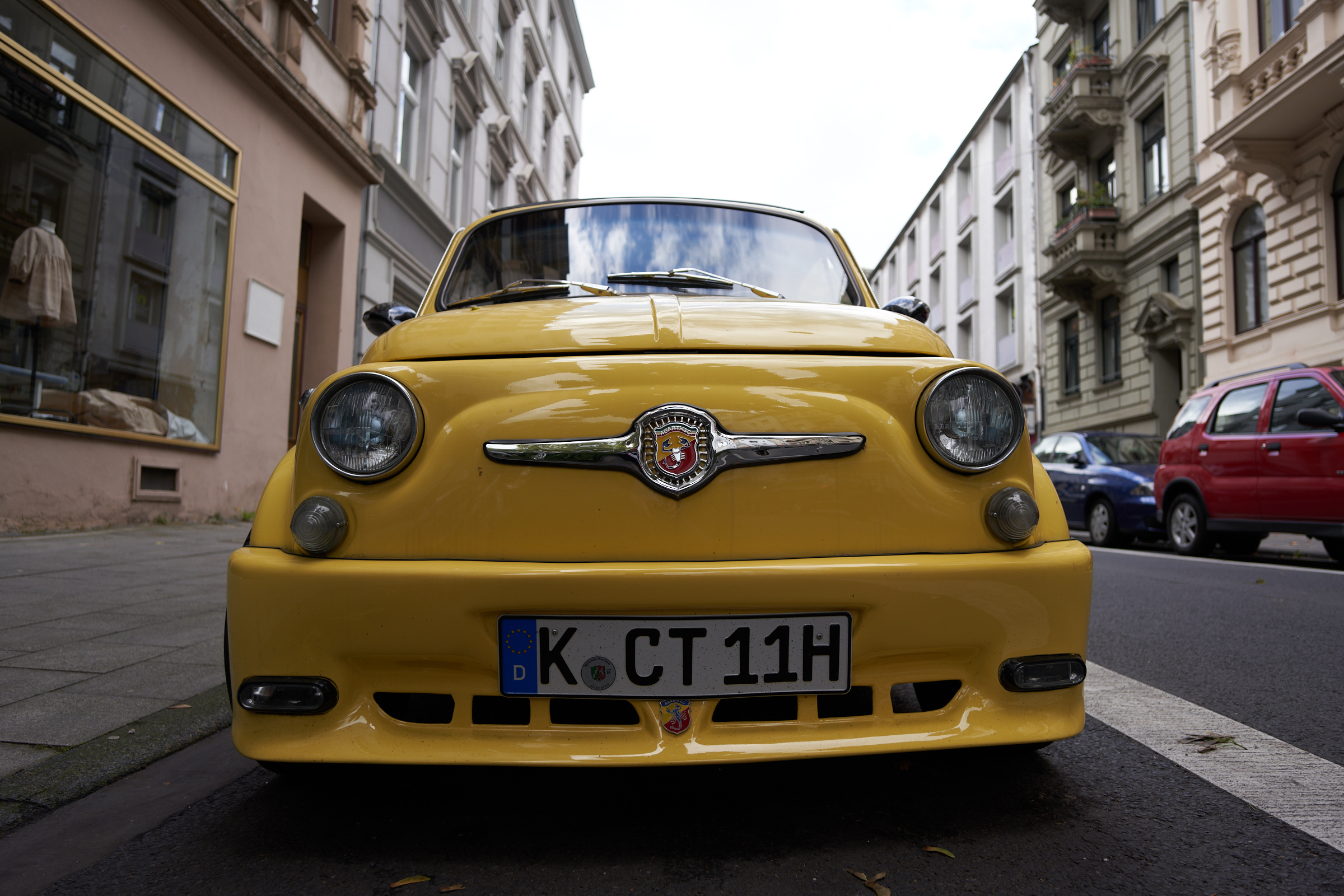 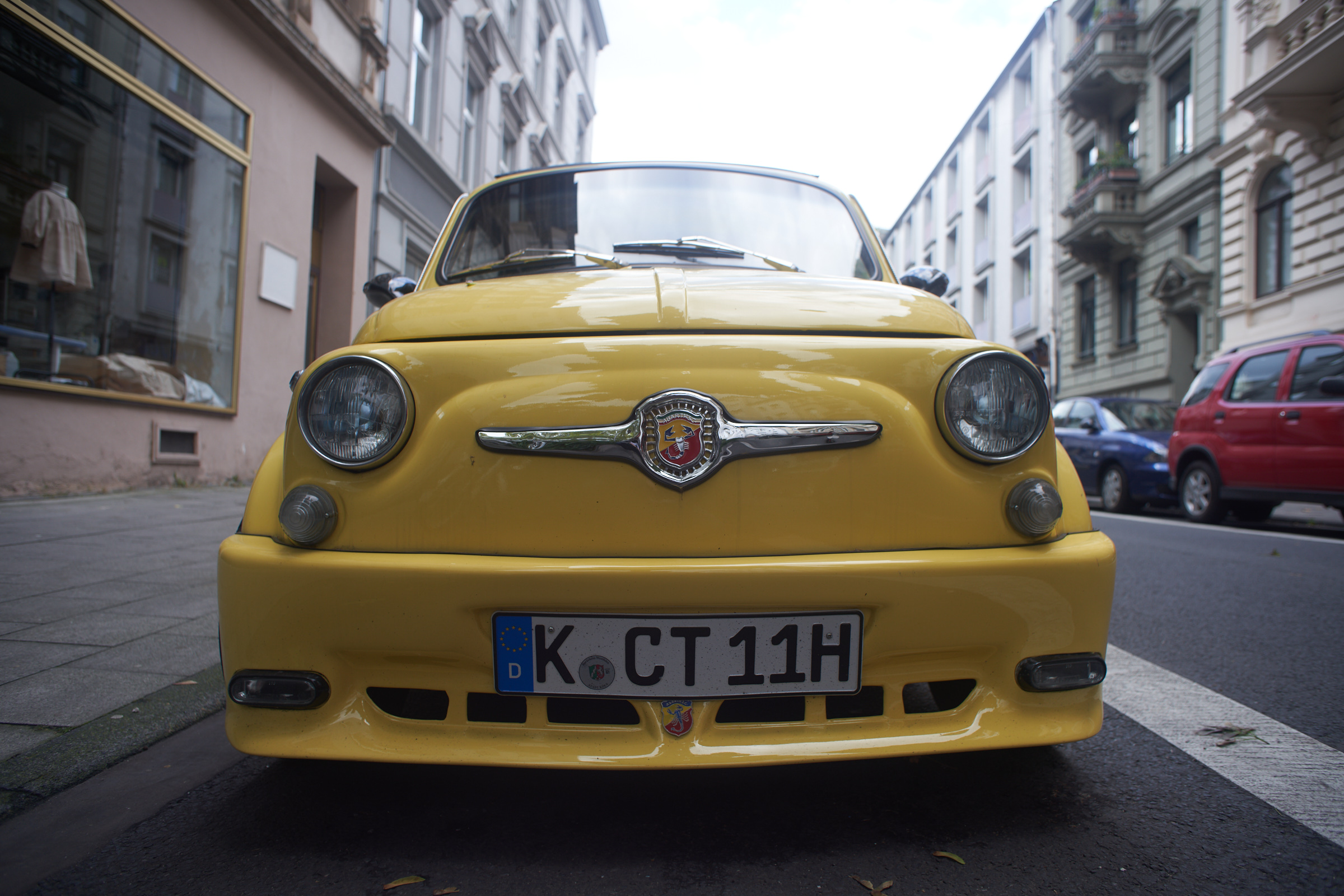 Distortion, vignetting and other lens errors

Finally, let’s have a look on lens errors like distortion and vignetting, starting with F4 and then with F8. Don’t worry about the dark area in the upper left corner which is not part of the vignetting but a shadow of a lamp attached to the facade of the building. As previously, the Voigtländer is on the left and the Minolta on the right, starting with the images at F4 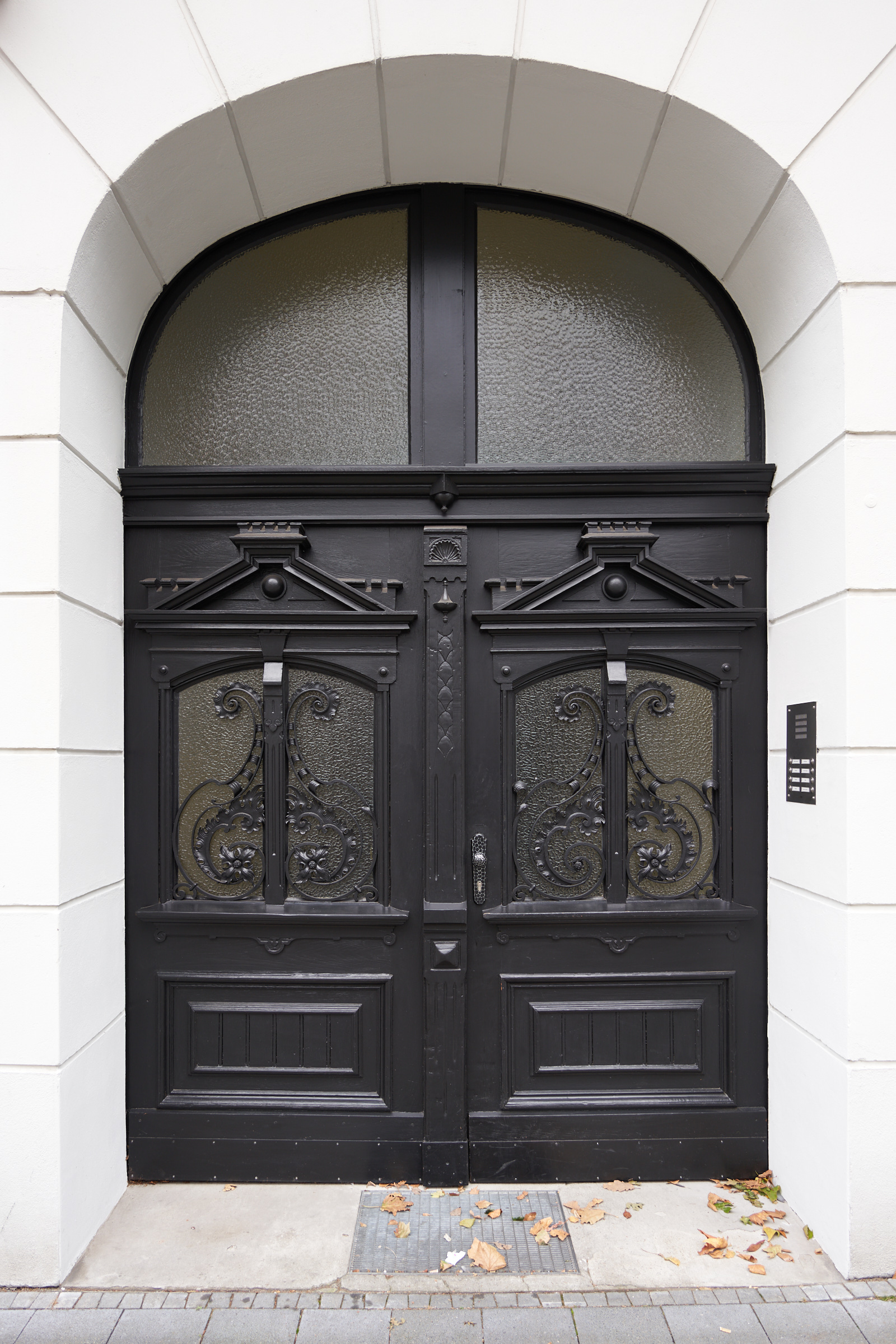 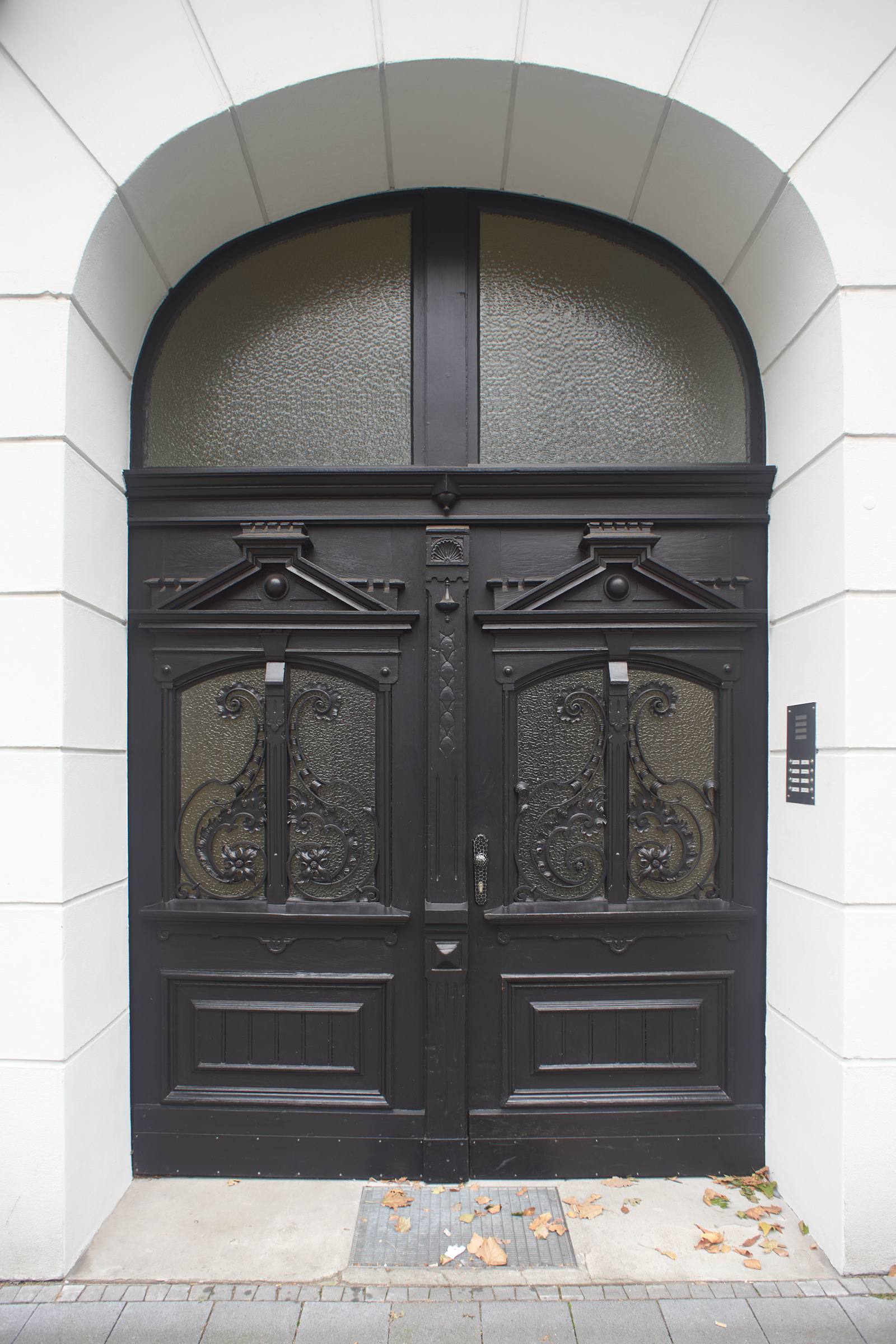 Apart from the slightly different color rendering and the missing contrast, the upper image part and especially the upper right corner shows a strong drop in brightness with the Minolta – nothing severe, since this is quickly corrected in Lightroom or Capture One. In reference to distortion, there is not much of a difference between the two. The Voigtländer looks a little bit better, which is not based on the lens profile correction for this lens, since the lens profile for this lens is still not available in Capture One 12. But there is one thing which makes the Voigtländer a winner in this category, which is the missing chromatic aberration, indicated by the green coloring of the Minolta image.

How does this change when stopping down to F8? 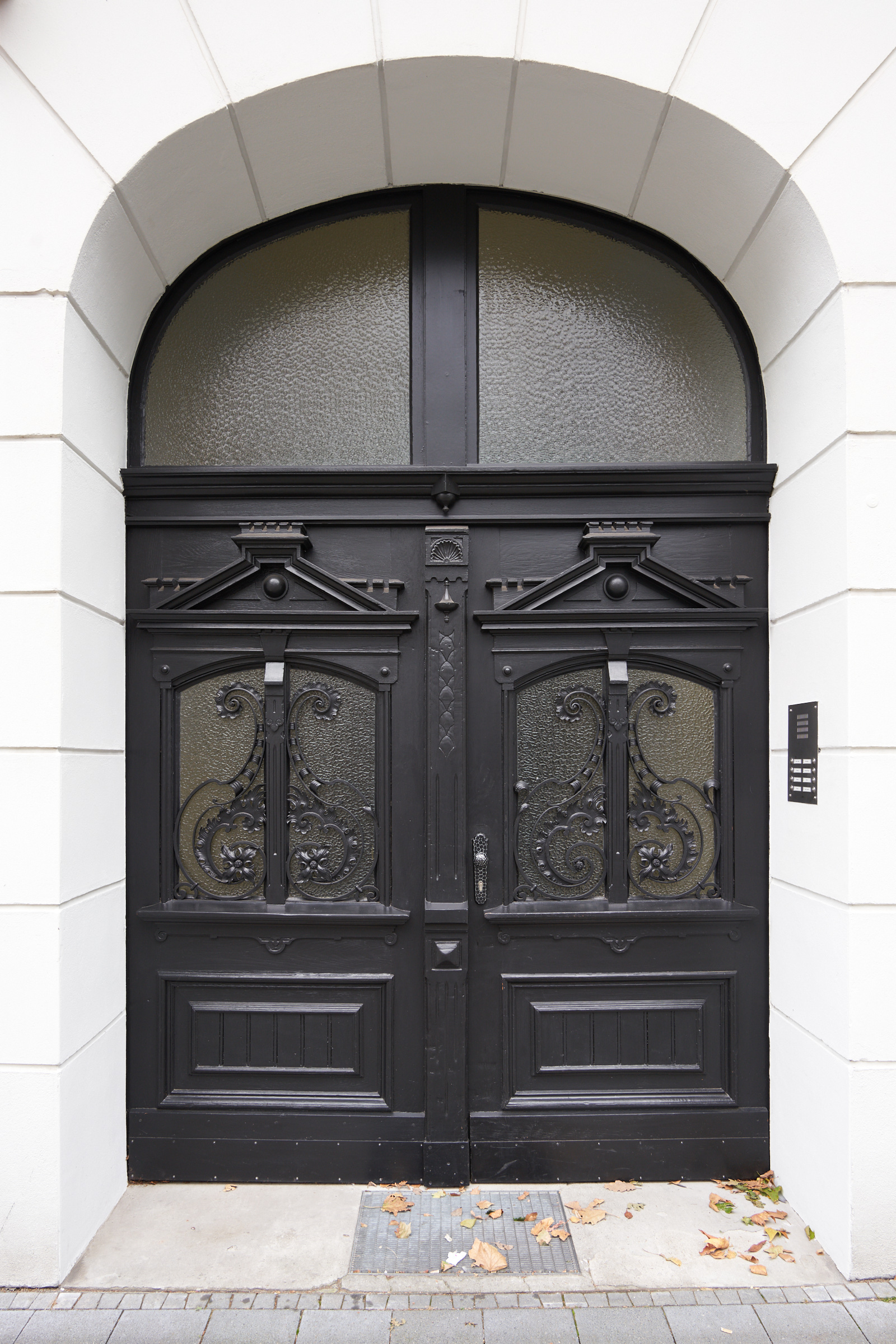 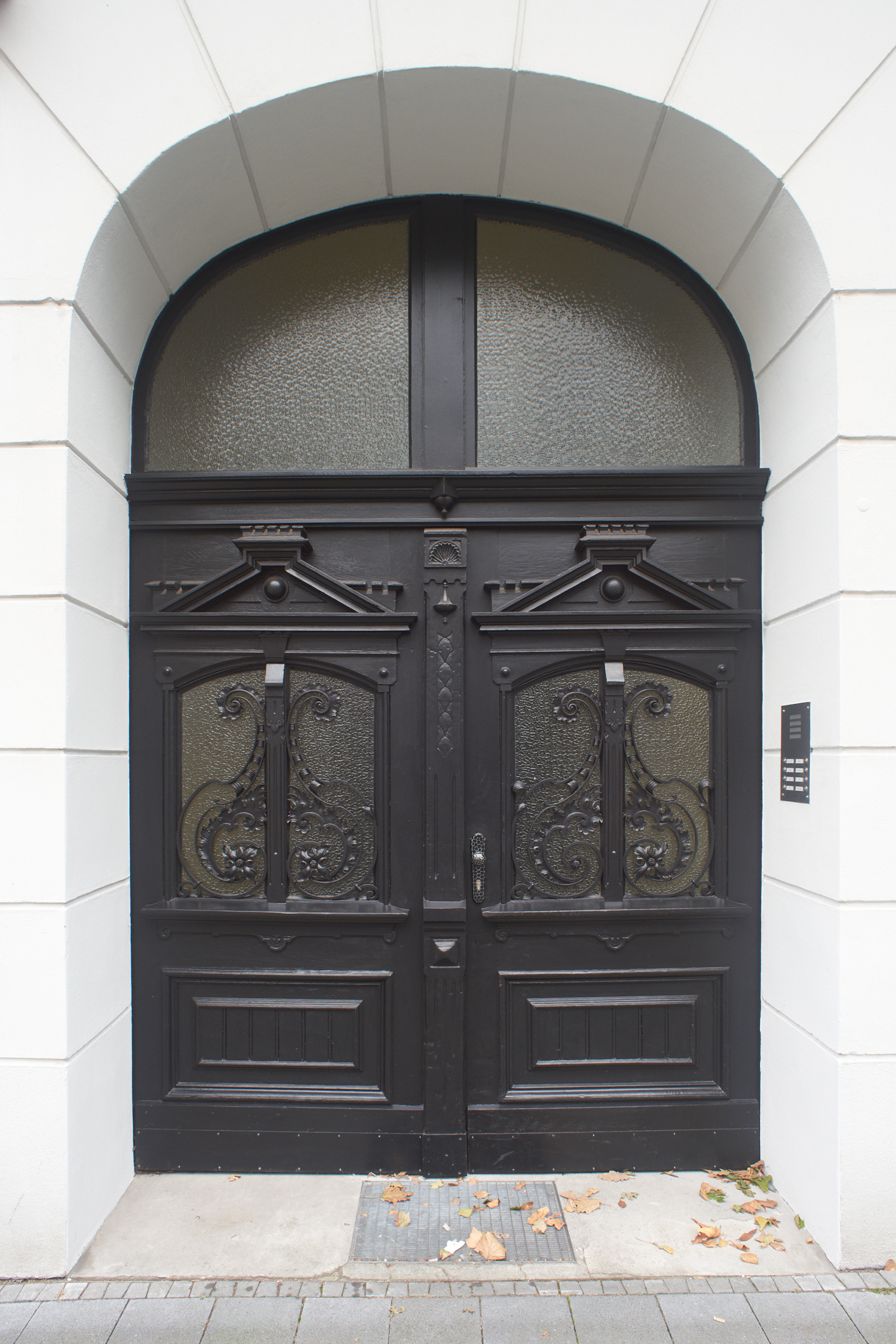 Interesting to see, that both lenses do not really behave a lot different between using them at F4 or F8, except that the chromatic aberration gets a bit better with the Minolta MC W. Rokkor-NL 21mm F2.8:

All images used for the 21mm comparison are bundled in this Flickr collection: https://www.flickr.com/photos/joerg_haag/shares/A3i612

This is a clear case for me: I would not recommend using the Minolta MC W. Rokkor-NL 21mm F2.8 on a camera like the Sony A7R IV with 61 megapixel. I used it quite often on a A7 I and II and would use it on the A7 III although the downsides of contrast in direct sunlight, flares, color rendering and brightness loss in the corners will remain with these cameras, although the later two can easily be corrected in post production. But on sensors above 24 megapixel I think it is a good advice to go for a modern lens with state-of-the art glass and design.

35mm is my favorite focal length for any kind of photography except portrait, but for city walks, street and reportage this is the ideal focal length because it embeds the subject or action into a relationship with its environment.

If you compare the two 35mm lenses, the pure size comparison is a bit different from the two 21mm:

Ignoring the mount adapter these two lenses have about the same size and their construction is very similar. The Minolta MD 35mm has 5 elements in 5 groups and the Sony has 7 elements in 5 groups. Let’s check how different these two designs are in direct sunlight, first using an open aperture at F2.8 having the Sony on the left and the Minolta on the right side: 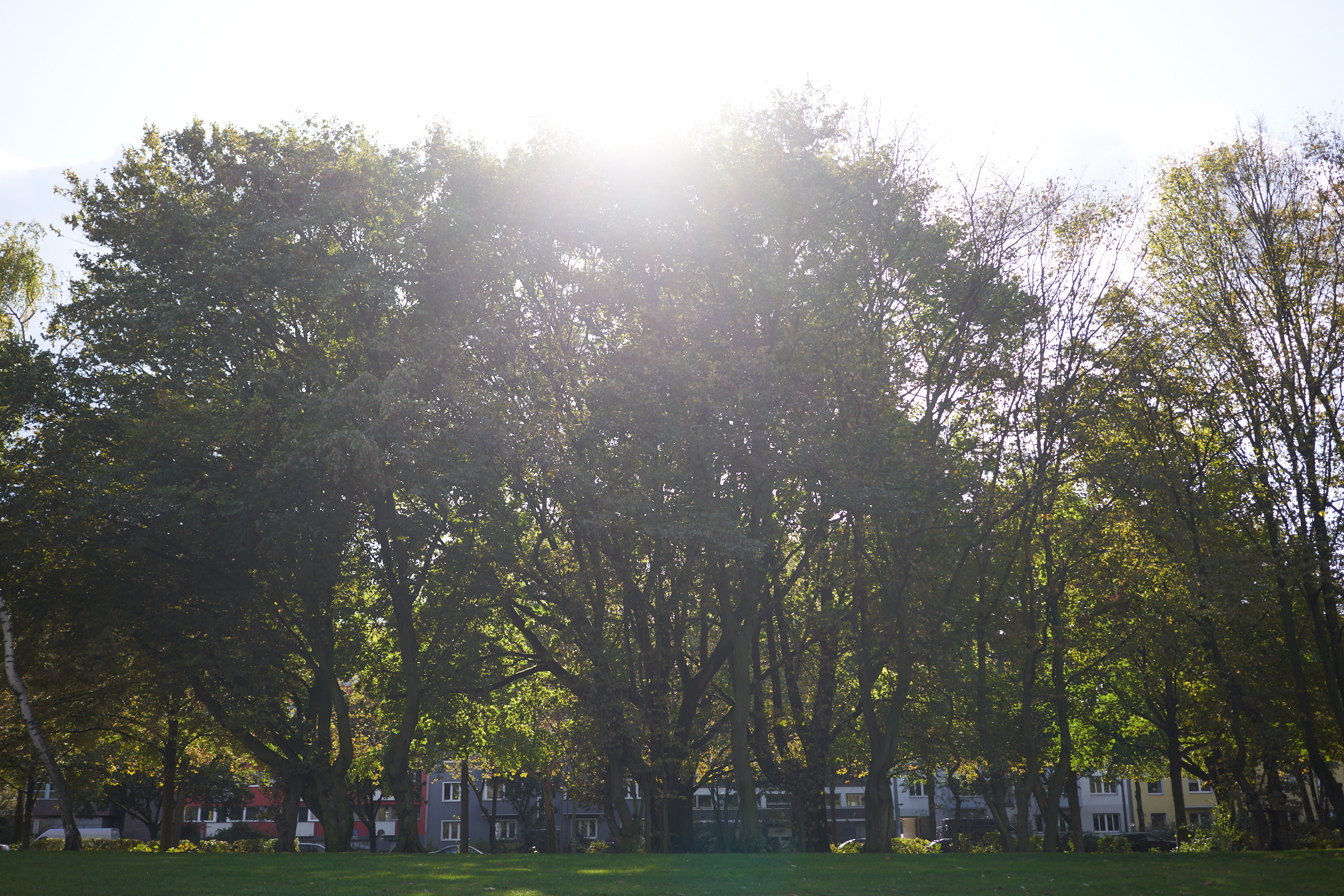 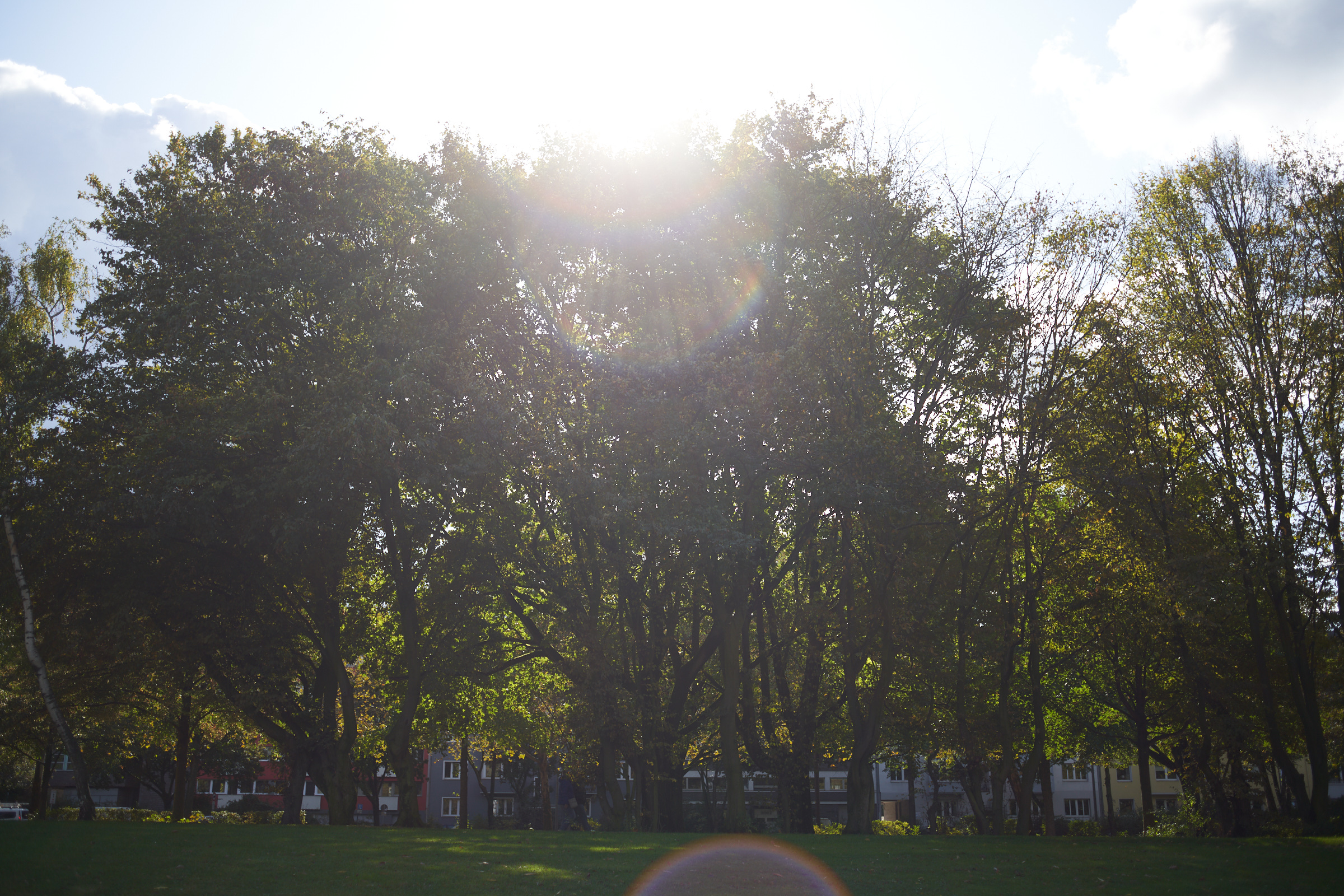 As expected, the Minolta MD creates a lot more sun reflections where the Sony Sonnar T* 35mm F2.8 ZA is not really impressed by the direct sun hitting the front lens. Let me repeat, that the Novoflex mount adapter is free from reflections caused by the inside tube of the adapter. So let’s have a look how this might change when stopping down to F8: 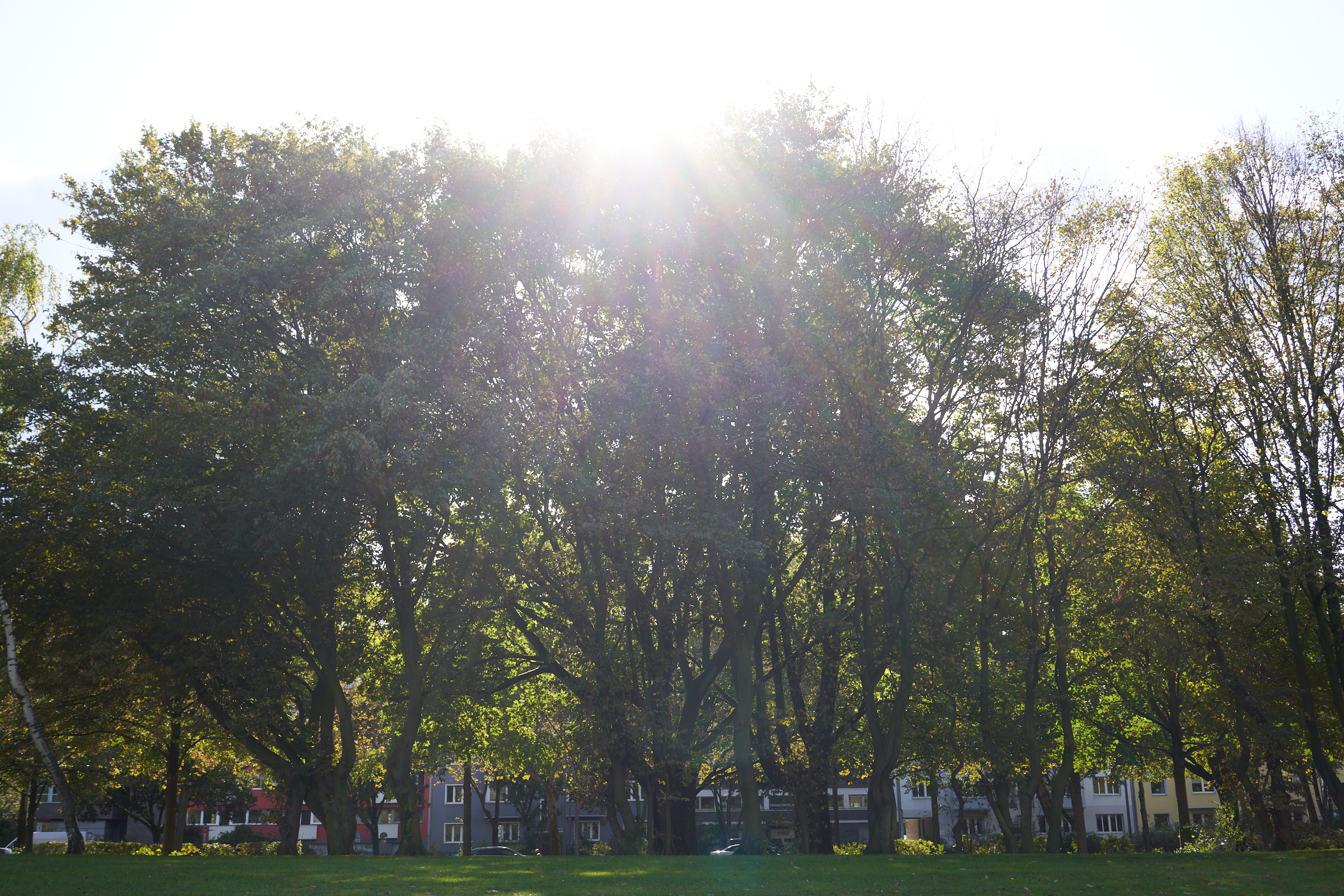 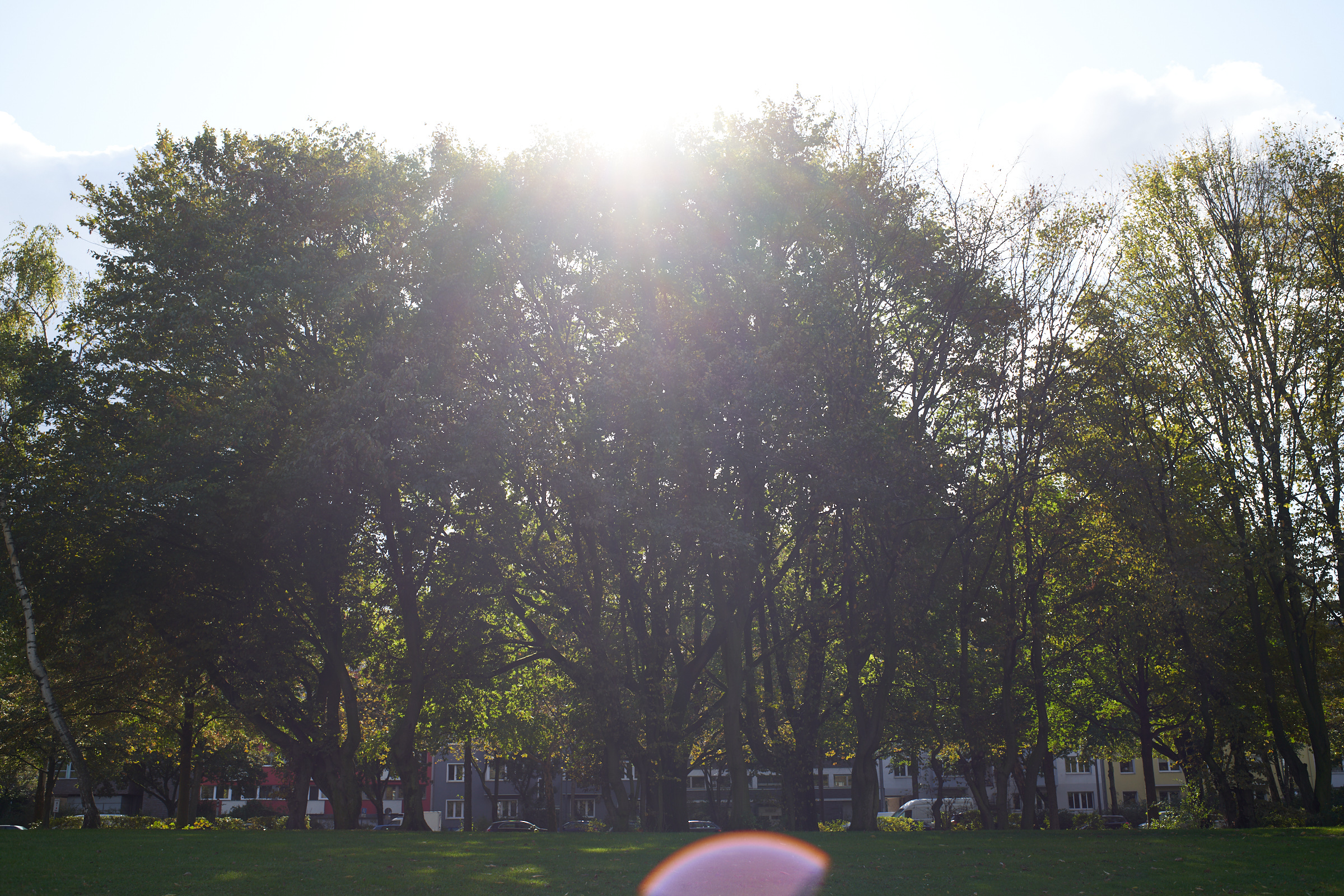 It’s interesting to see, that there is not much of a change. The Sony Sonnar T* 35mm starts to render a the first visible star rays. The Minolta MD 35mm gains a little in contrast which also makes the flare in the lower center of the image a bit harder and more recognizable.

Another interesting thing about these two lenses is the sharpness at F2.8 and F8 (below), seen in the 100% view: 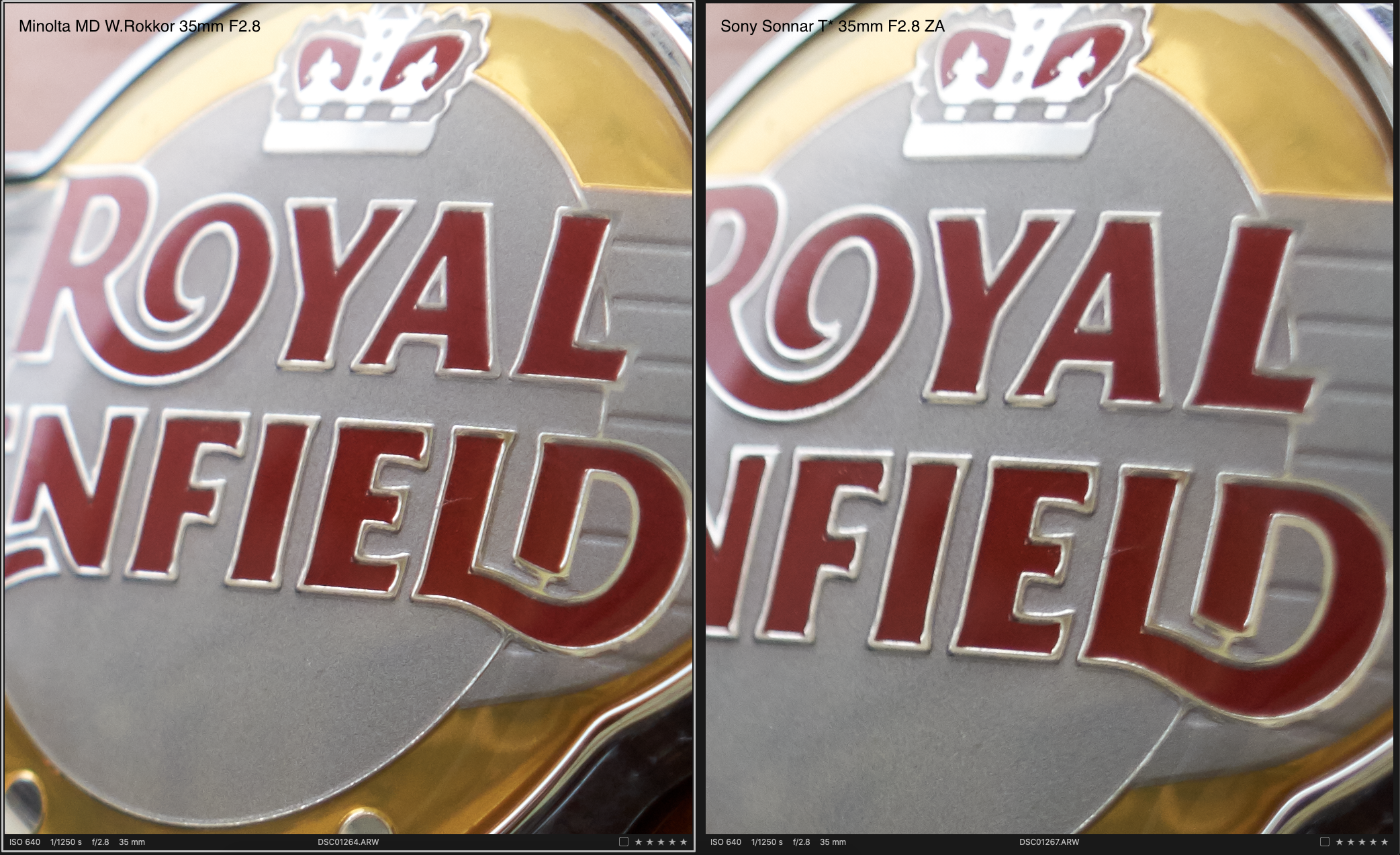 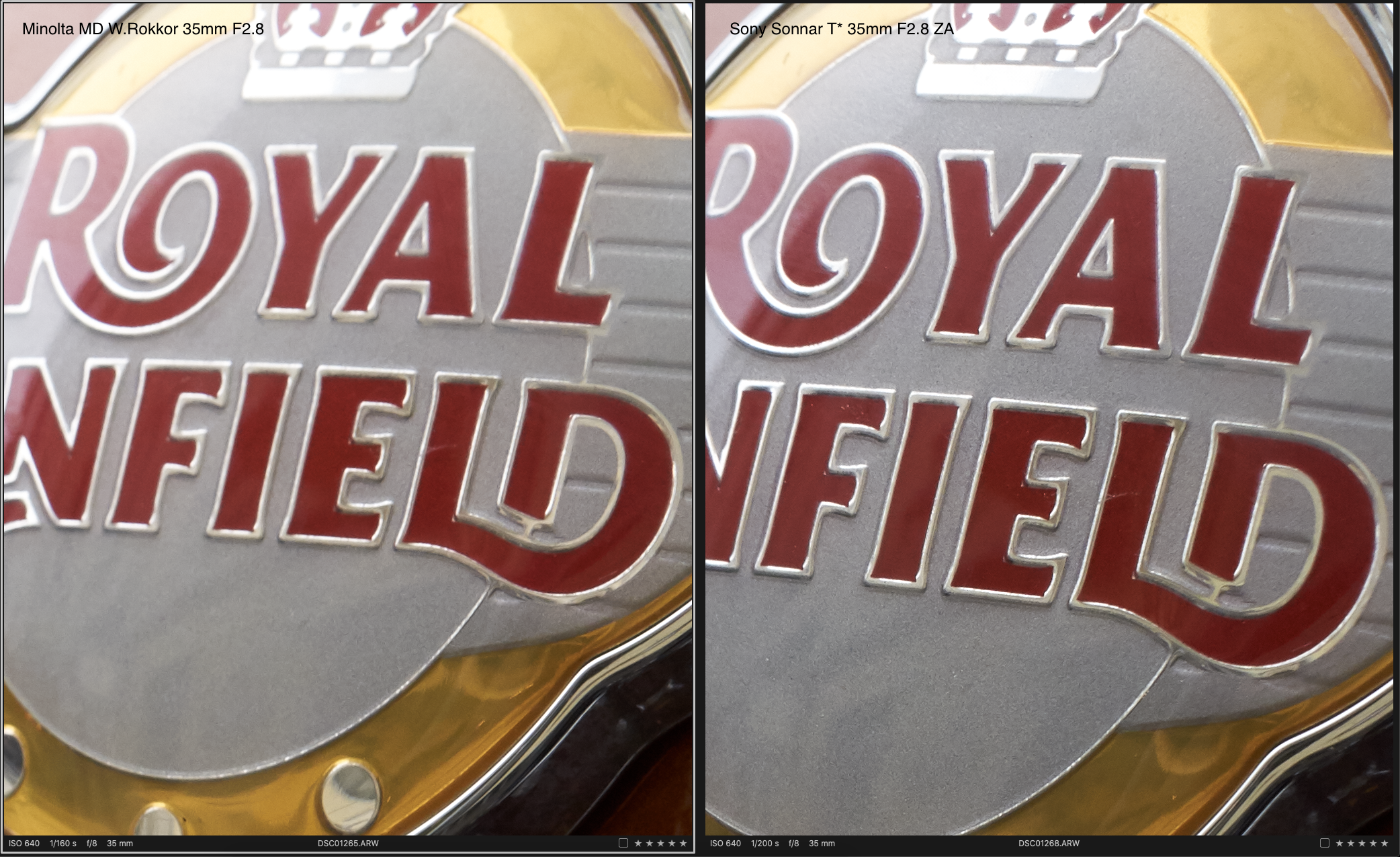 Keep in mind, these images are shot on a Sony A7R IV with 61 megapixels. They show details of the following images at 100% view. Have look at the bokeh at F2.8 and F8, Sony FE 35mm at the left and Minolta MD 35mm at the right. 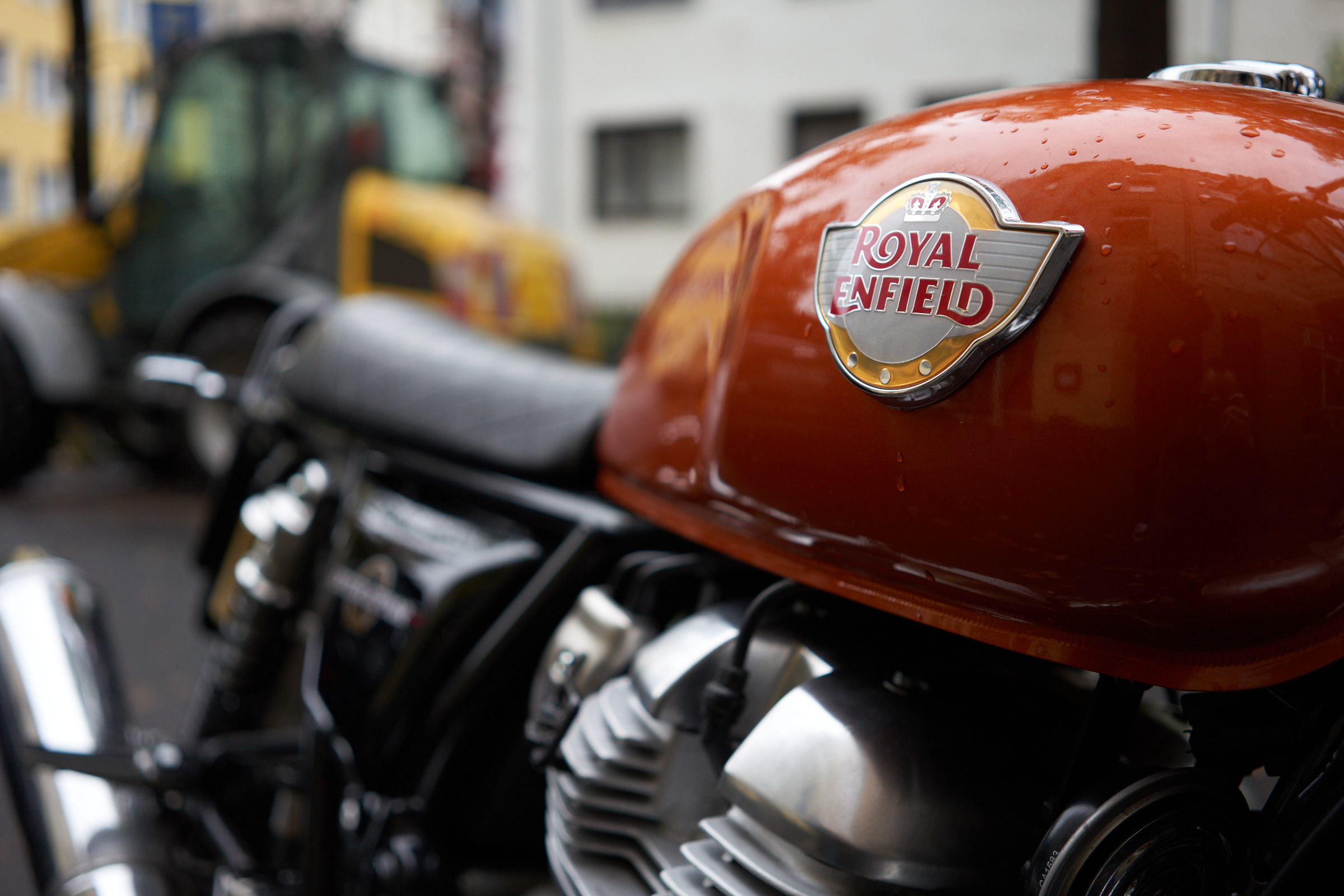 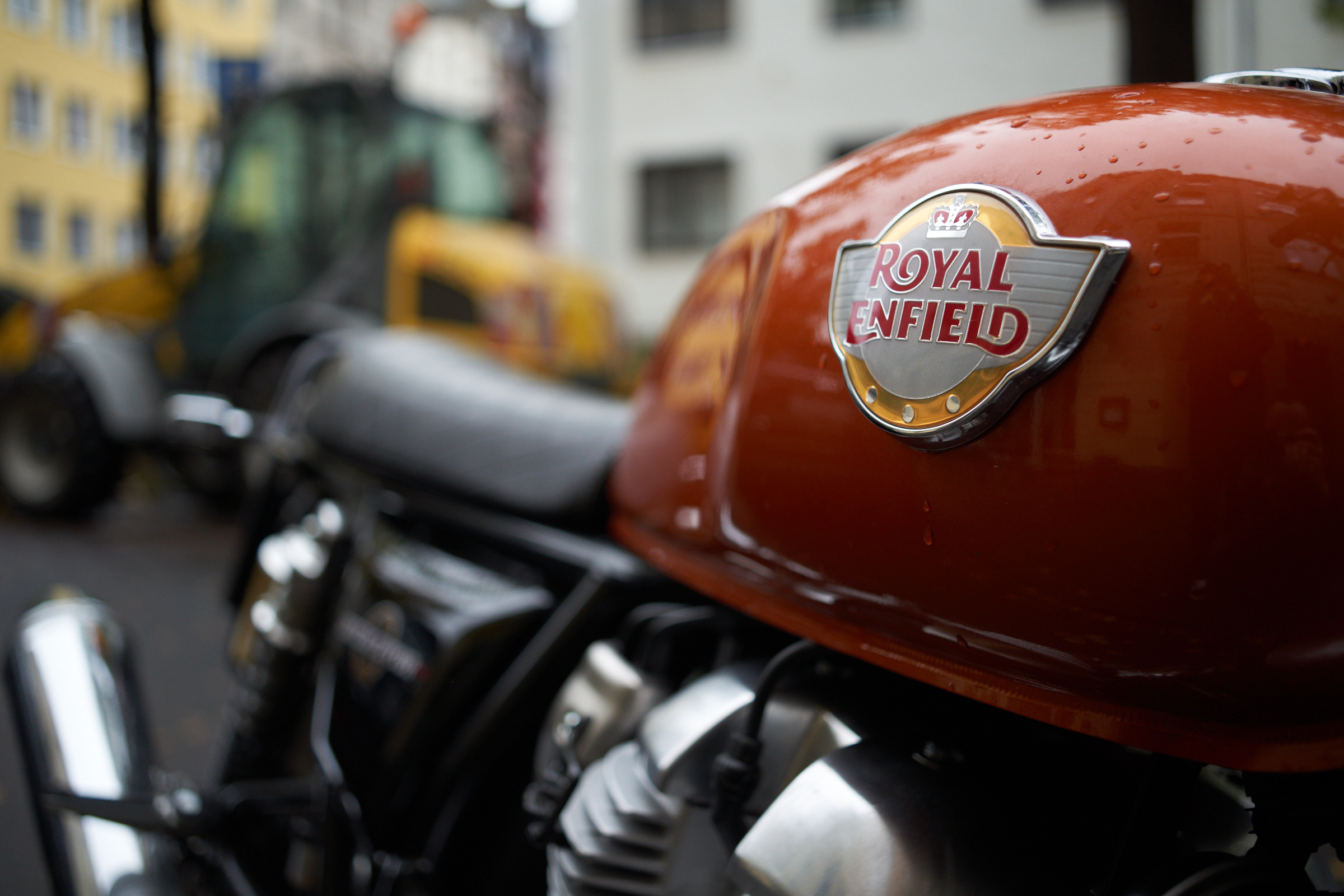 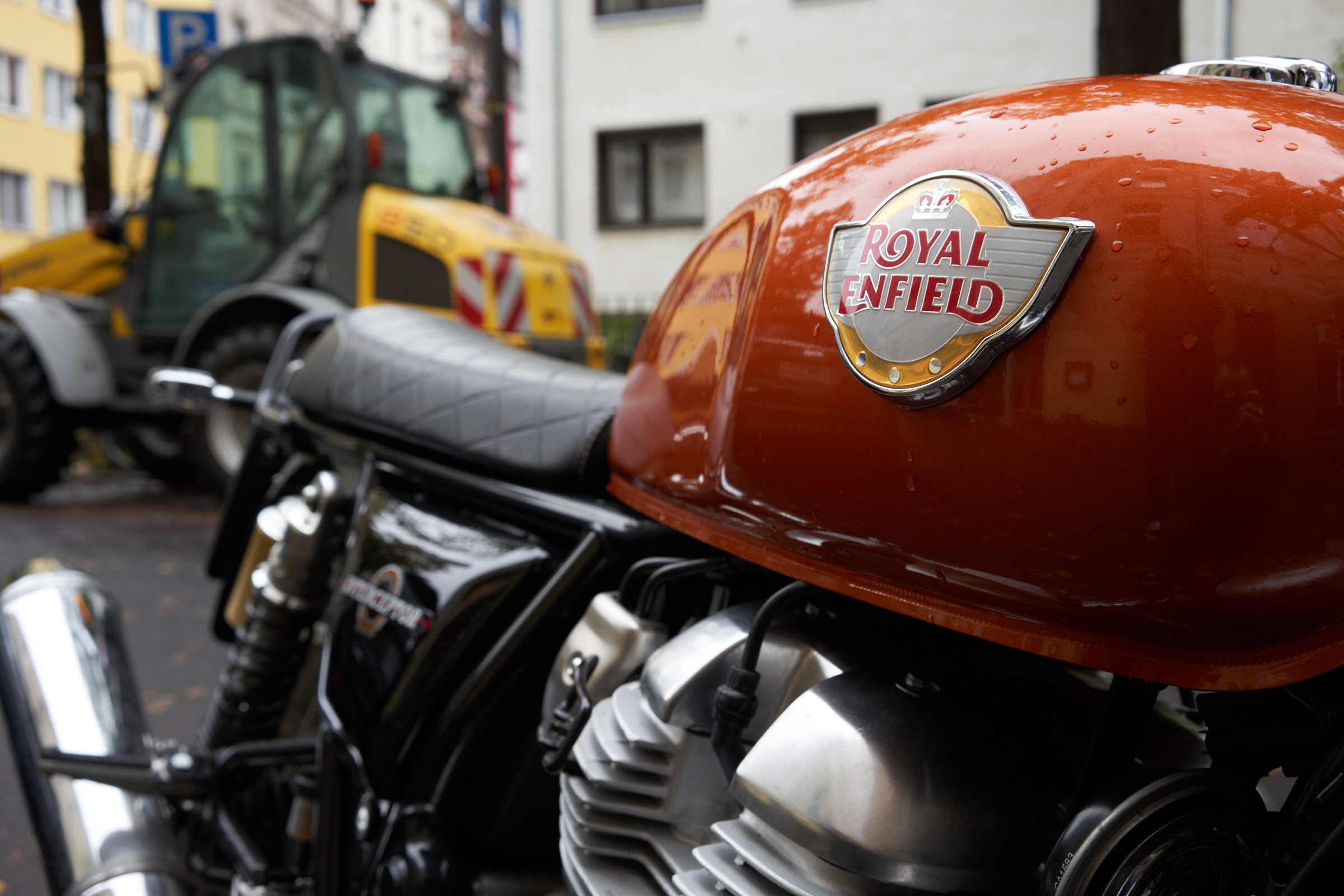 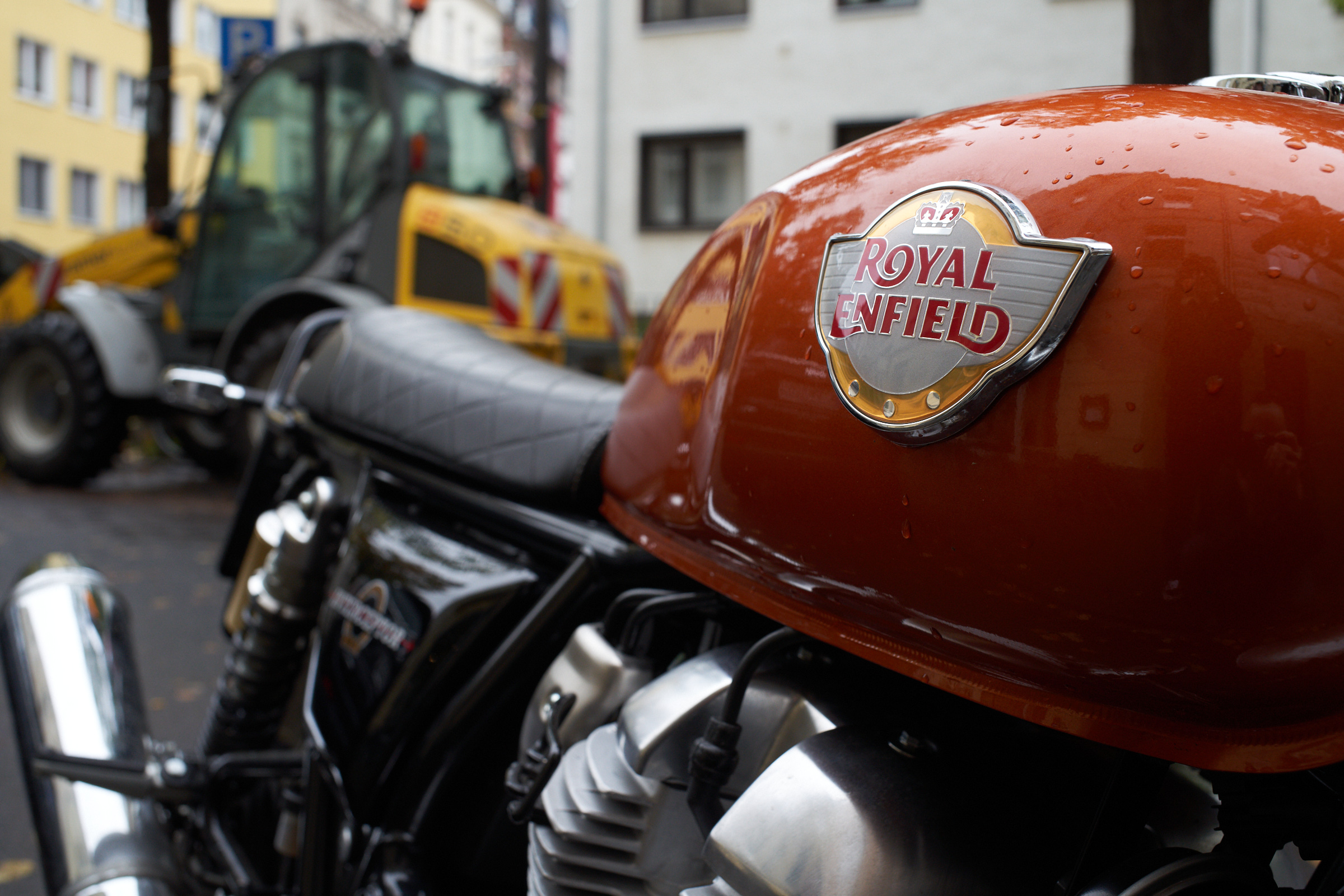 Astonishing, right? The Sony FE 35mm is a little sharper, which can be caused by my wrong manual focussing (I doubt it), but I like the colors and the bokeh of the Minolta MD 35mm a bit more, although the images are very close.

The last thing to look at is a comparison of vignetting and distortion.

F2.8, with the Sony on the left and the Minolta on the right: 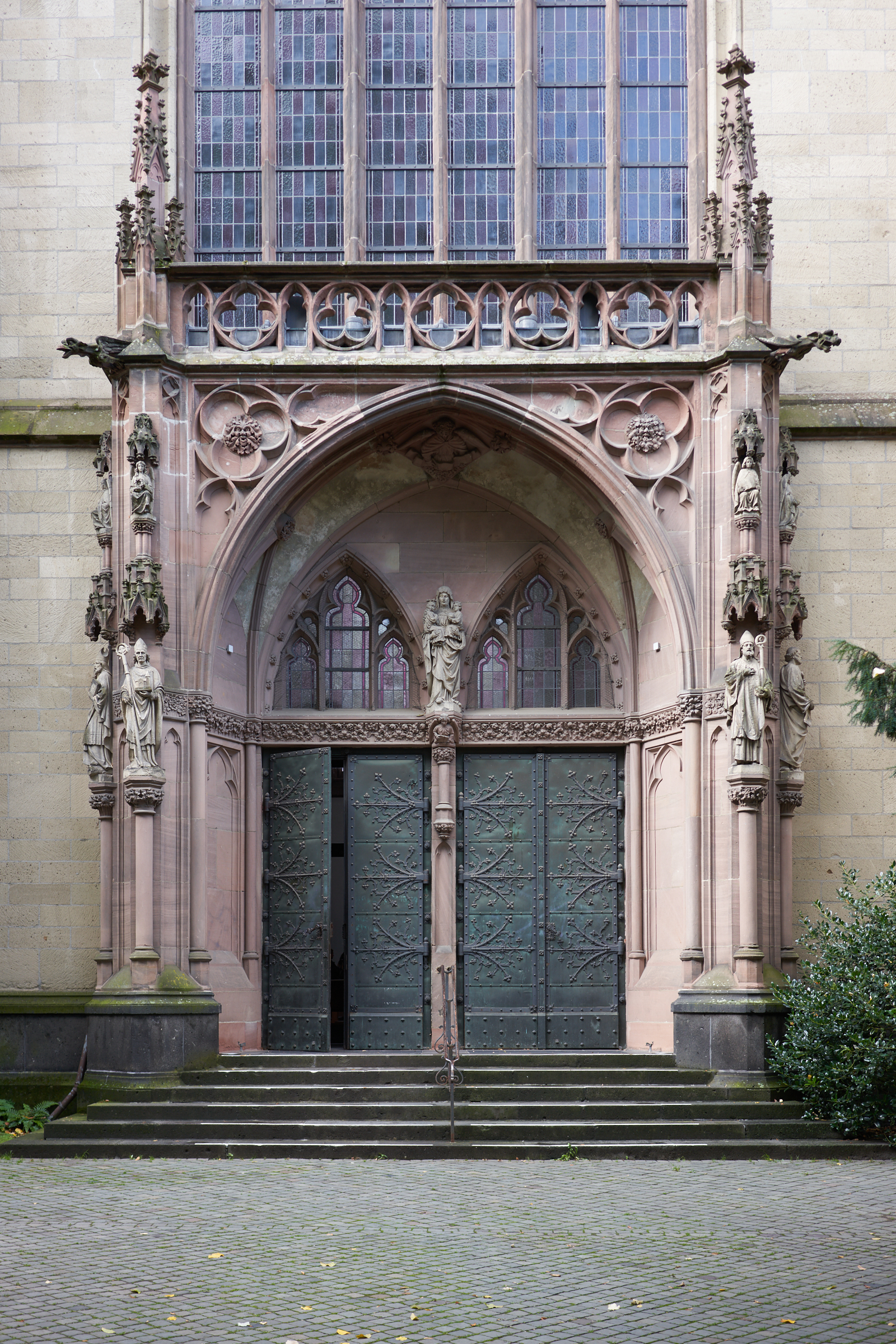 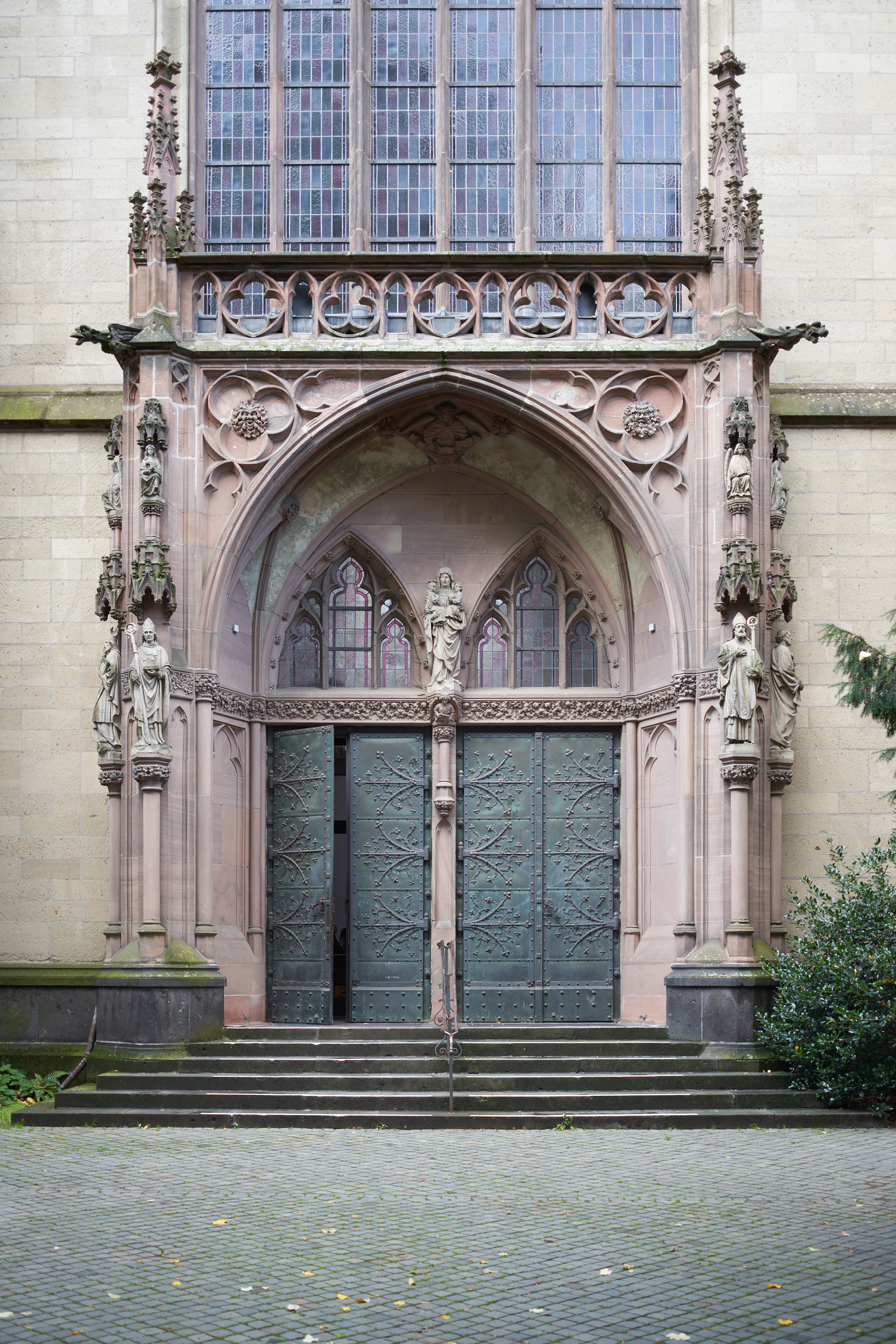 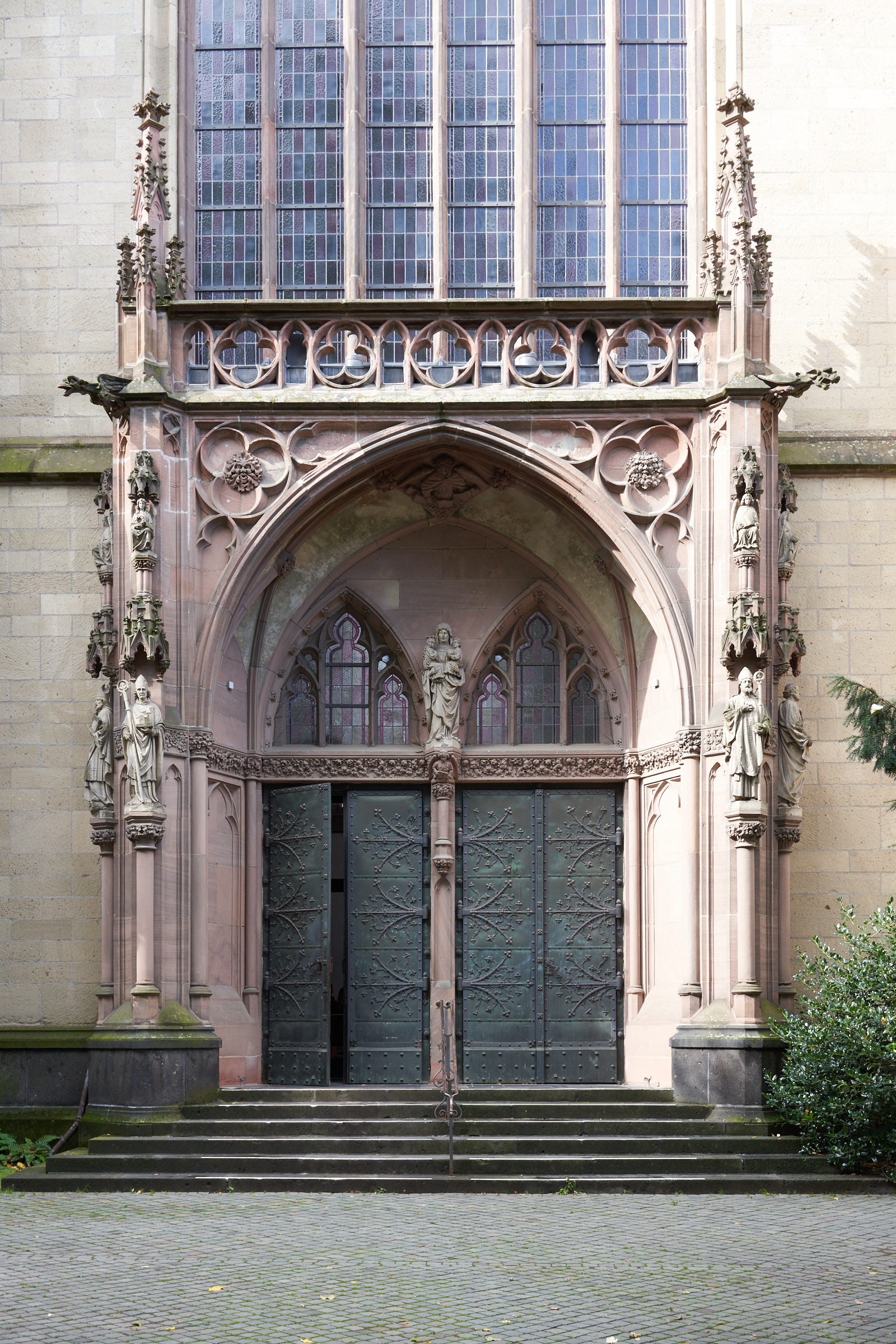 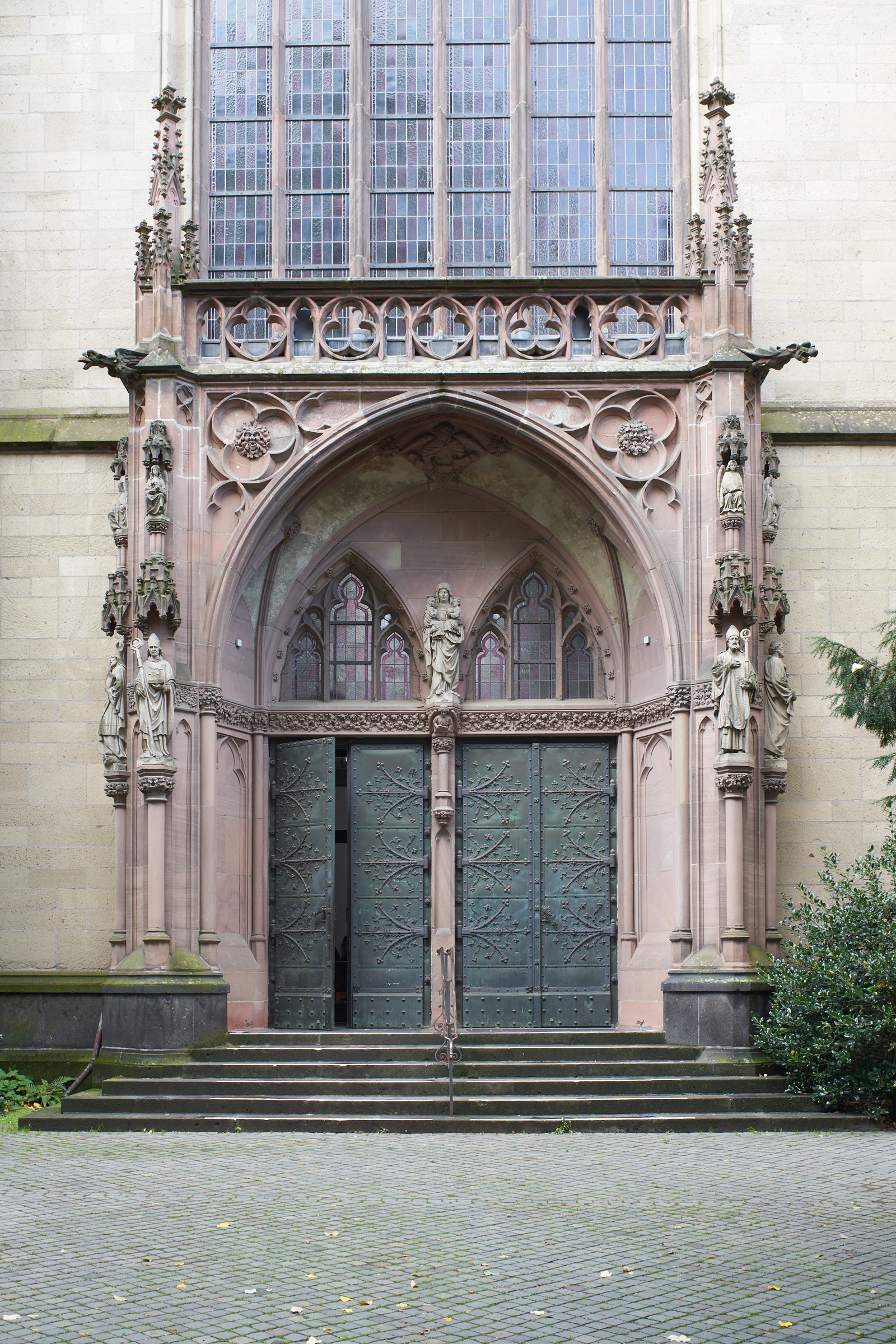 The center of the images, both at F2.8 and F8 a clear and sharp. Neither lens shows distortion or vignetting, although the Sony lens takes advantage of an existing lens profile where the Minolta MD lens doesn’t. One interesting detail and difference is the sharpness of the lower left corner, which gets better with the Minolta stopping down from F2.8 to F8 where the Sony is loosing sharpness. Maybe this is caused by a curvature of field or just because I have a slightly bad copy of the Sony FE 35mm. In real life photography, I have not yet experienced any problems in my images.

All images used for the 35mm comparison are bundled in this Flickr collection: https://www.flickr.com/photos/joerg_haag/shares/Cy2256

The Minolta MD 35mm F2.8 gets all thumbs up when it comes to sharpness, bokeh, vignetting and distortion and if you have one: try it and keep it if you rate it good, but try to avoid flares.

Using these older ladies on a modern mirrorless camera with high pixel counts is a matter of luck. It can give you very good, astonishing results like with the Minolta MD W. Rokkor 35mm F2.8, but it can also be a sort of a disappointment, like it is in some concerns referring to the Minolta MC W. Rokkor-NL 21mm F2.8. If you can, test before purchase.

Jörg is a semi-professional photographer and this is his first contribution to phillipreeve.net. He is born 1967 in a small village at the edge of the Eifel and grew up in nature. Photography is his passion since 1988 and to him it is focused work and detention at the same time, offering a relief from the daily grind. Visit his website on http://www.joerghaag.com to find out more about his photographical work.