When looking for a higher ISO color film in 2022 – especially one for shooting under artifical light without the need for additional color correction filters – the Cinestill 800T is pretty much without competition. But there are a few things to be aware of, so let’s have a closer look.
Processing and scanning was done at urbanfilmlab in Germany.
The pictures you see in this article are from 2 rolls.

Like the Silbersalz35 500T the Cinestill 800T is actually Kodak Vision 3 500T/5219 cut and repacked for shooting with your 35mm still camera, but there is a major difference.

When getting films from the Silbersalz35 guys you are shooting unaltered cinefilm that needs the more complicated ECN-2 process for development.
The Cinestill guys on the other hand removed the remjet layer on the film to make it possible to develope these films with the ordinary C-41 process.

When comparing the Silbersalz35 FAQ to the Cinestill 800T FAQ I noticed a bit of tension: the Silbersalz35 guys say to get the best quality out of this 500T/5219 film stock it needs to be unaltered and you need to develope it with the ECN-2 process and using the C-41 process will noticeably degrade the image quality.
The Cinestill guys on the other hand say removing the remjet makes it “safe” to be developed with the more common C-41 process and that process leads to higher gamma and therefore “improves” the sensitivity up to ISO 800.

But let’s put the marketing talk aside and have the pictures do the talking instead.

One thing the Cinestill 800T is famous for are red halos around point light sources. Some people love it – I even saw some guys selling photoshop brushes to mimic this – but me? Not so much.
We do live in a time where “different” is often mistaken for “better” though and this is a rather distinct “feature” making the 800T pictures “stand out” which can therefore easily be used in marketing.

In very high contrast scenes you may even spot these halos in daylight scenarios:

In the FAQ the Cinestill guys say the 800T is more prone to light leaks and static discharge than other films and indeed, on both rolls I shot the first three to four pictures have massive light leaks.
I do wonder if this is actually due to the repacking process though…

These are the first four pictures from the second roll: 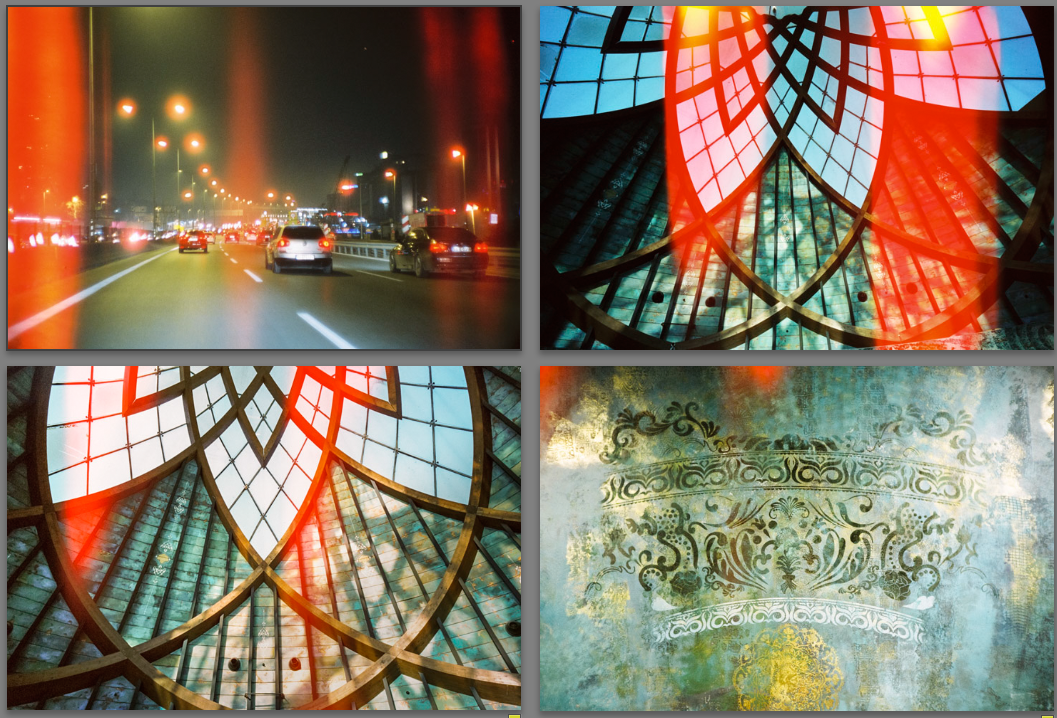 I am really not a fan of these light leaks to say the least.

I only shot two rolls so far and this number is very unlikely to increase, so maybe tell me in the comment section if this is something happening on the first few exposures to you, too.

Now doing side by side comparisons with different films is a bit complicated, especially as I don’t have two analogue cameras and two lenses which are exactly the same.
So we are now comparing the last shot on the Silbersalz35 500T roll to the first (actually 3rd) shot on the Cinestill 800T roll.

Now unfortunately as stated above the first exposures of the 800T roll show massive light leaks which ruins this comparison a bit.
Still, what I see is higher contrast on the Cinestill 800T, but higher dynamic range, tonal range, no halos and way more pleasing colors on the Silbersalz 500T.

I guess I am with the Silbersalz35 FAQ on this one: removing the remjet and developing the Kodak Vision 3 500T in C-41 leads to severly degraded image quality.

But the thing is this: even when shooting 35mm film I demand a certain amount of image quality. This is not true for everyone. I am sure there are people out there that really “dig” the halos, light leaks as well as the low dynamic and tonal range. It is just not the case for me. Especially not for 15+ bucks a roll.

I shot two rolls of Cinestill 800T and based on the results I got I am not really interested in further ones.