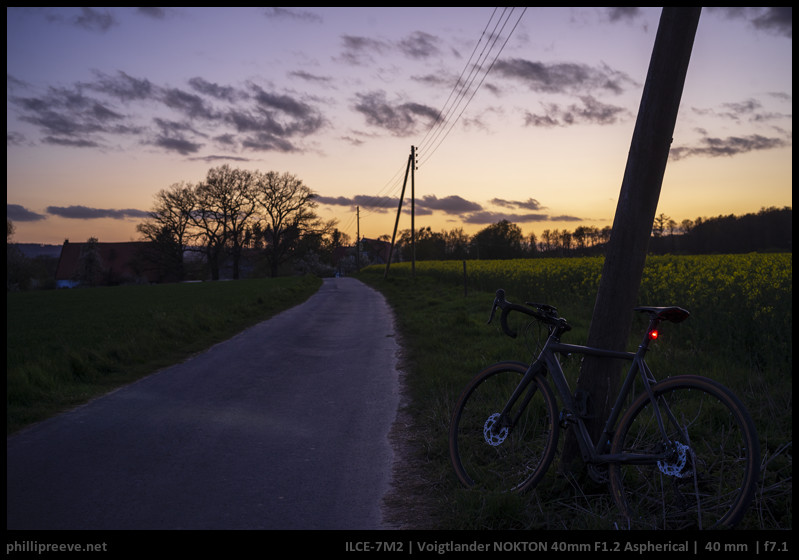 So, Phillip: You haven’t published an article for three months: Where have you been? Well I sat in front of my PC for work a lot but I also was out in nature on my bike with a camera bag on my back. 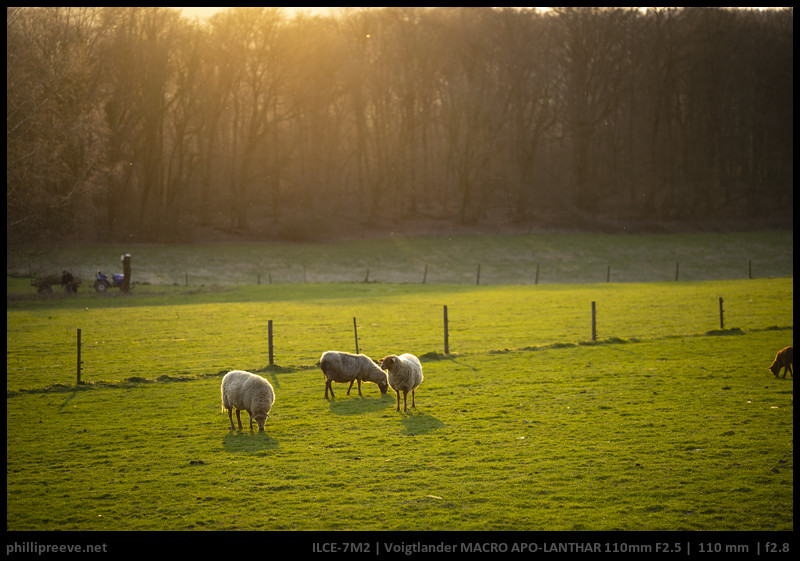 I am a teacher so my daily routines changed completely with the closure of schools: I had no longer to be in school by 8am which gave me the freedom to do early morning rides but at the same time my workload increased significantly since new formats had to be developed to fit the new setting, individual feedback took a lot of time and digital tools had to be deployed and colleagues trained in them. So my hours in front of the PC increased a lot, so much so that it would have been stressful to invest even more hours to produce any blog content. A big thanks to Bastian and also to David and Juriaan wo kept the blog alive in the last months.

While C19 took many liberties I tried to make the most of the liberties which C19 left. Riding my bicycle in the early hours when none is around was still allowed under our relatively liberal lockdown rules.To me there is no better place to find respite from the turbulences of life than getting up with the sun and riding through the forest on a cold morning or slightly less frosty evening all by myself. We also had very sunny weather for weeks which I used to experience and capture the spring like no spring before. I want to share some of the many pictures I took in this article.

The Teutoburger Wald in spring

I live at the “slopes” of the Teutoburger Wald, one of Germany’s many low mountain ranges. It is best known for the fact that Varus lost many of Rome’s legions in it when it was a dark and inaccessible area in the roman times. Now some 2000 years later nature has been shaped by humans for many generations, the next road is never far away and there is no true wilderness left here. There are also no big vistas or iconic landmarks around here. I haven’t met a serious photographer in my area ever. But there are many more intimate scenes to be discovered and I want to show you a few in this article. 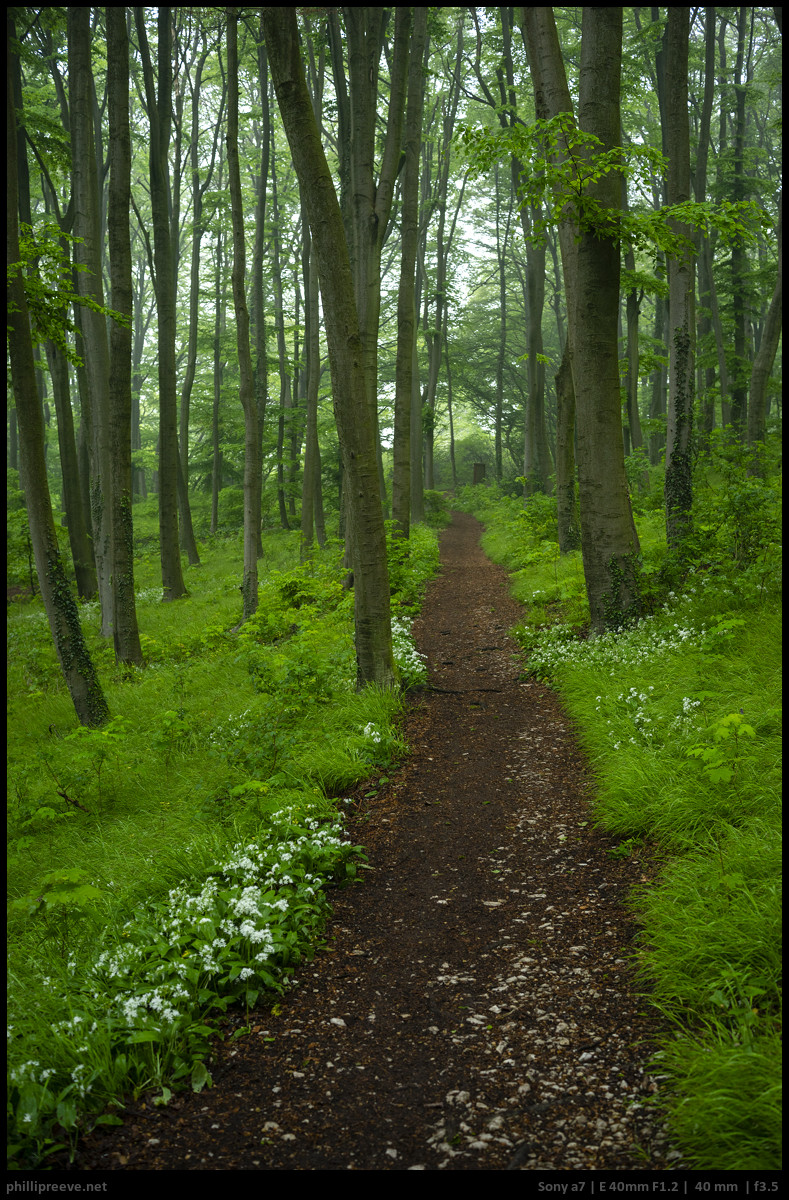 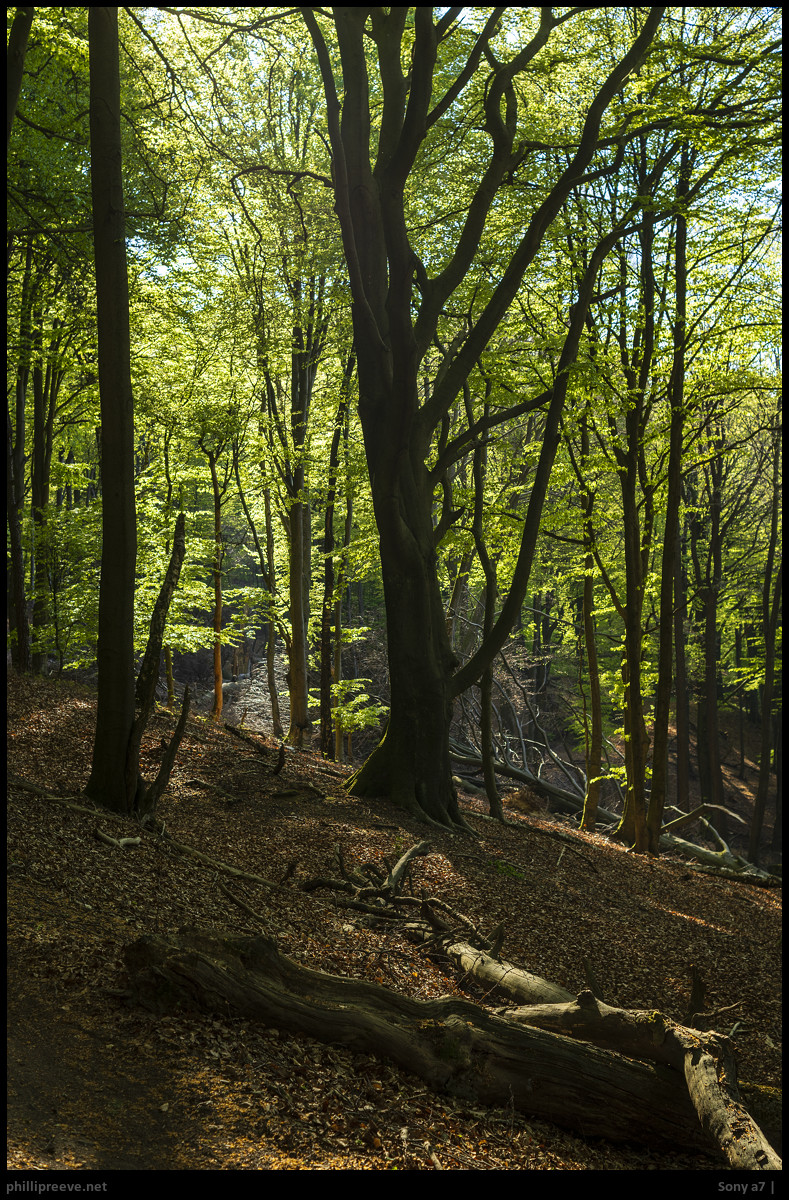 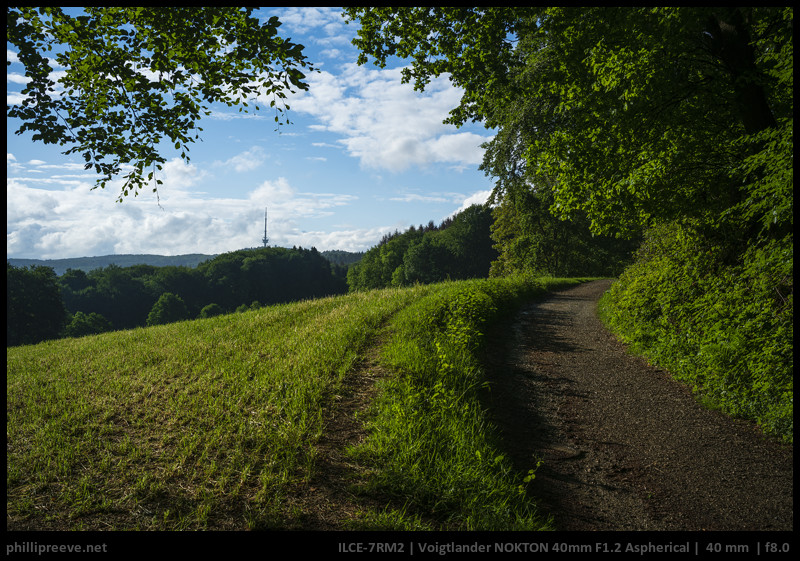 The valley with the old mill

There are many smaller brooks starting at the foot of the Teutoburger Forest which have shaped our landscape with its many hills and shallow valleys. Back in the day the energy of these brooks was used in many mills. One of these valleys is my favorite photo location around here. The valley isn’t large or very wild and the mill which was build in 1888 wasn’t ever an especially nice looking building but with time I have really learned to know the area and taken many images which are dear to me. 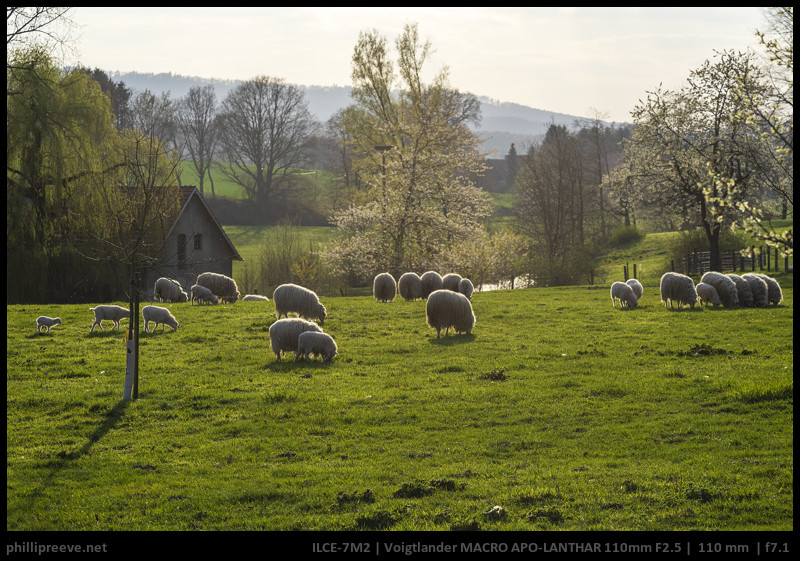 Mill to the left, Teutoburger Wald in the background 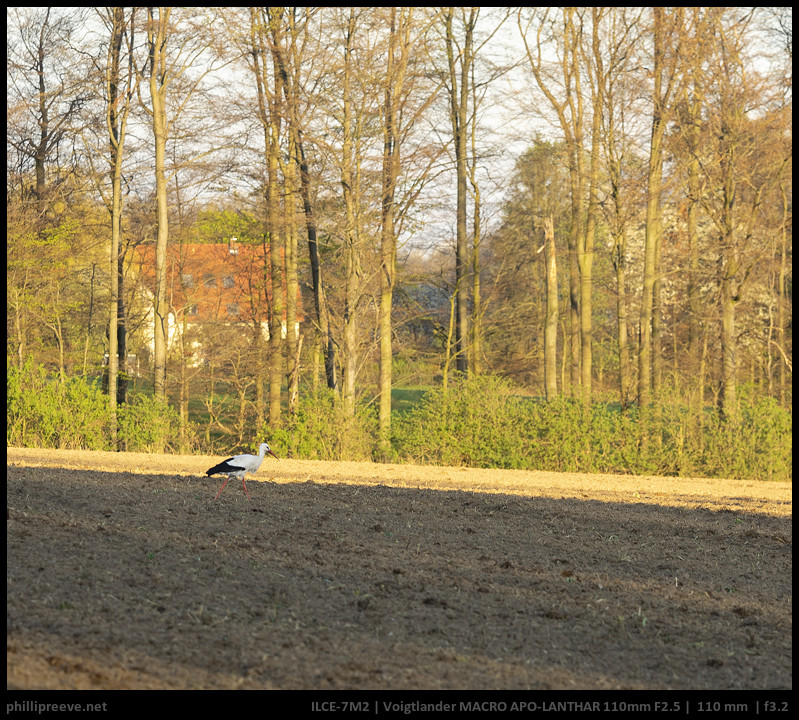 5 years ago I had never seen a wild stork in our area now a few couples have been breeding successfully in the wider area and I hope for some of their offspring to settle in the valley. 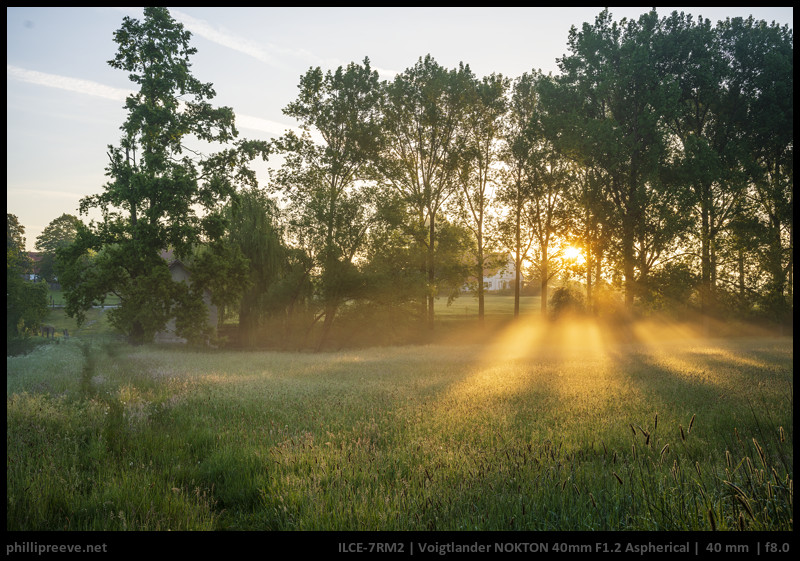 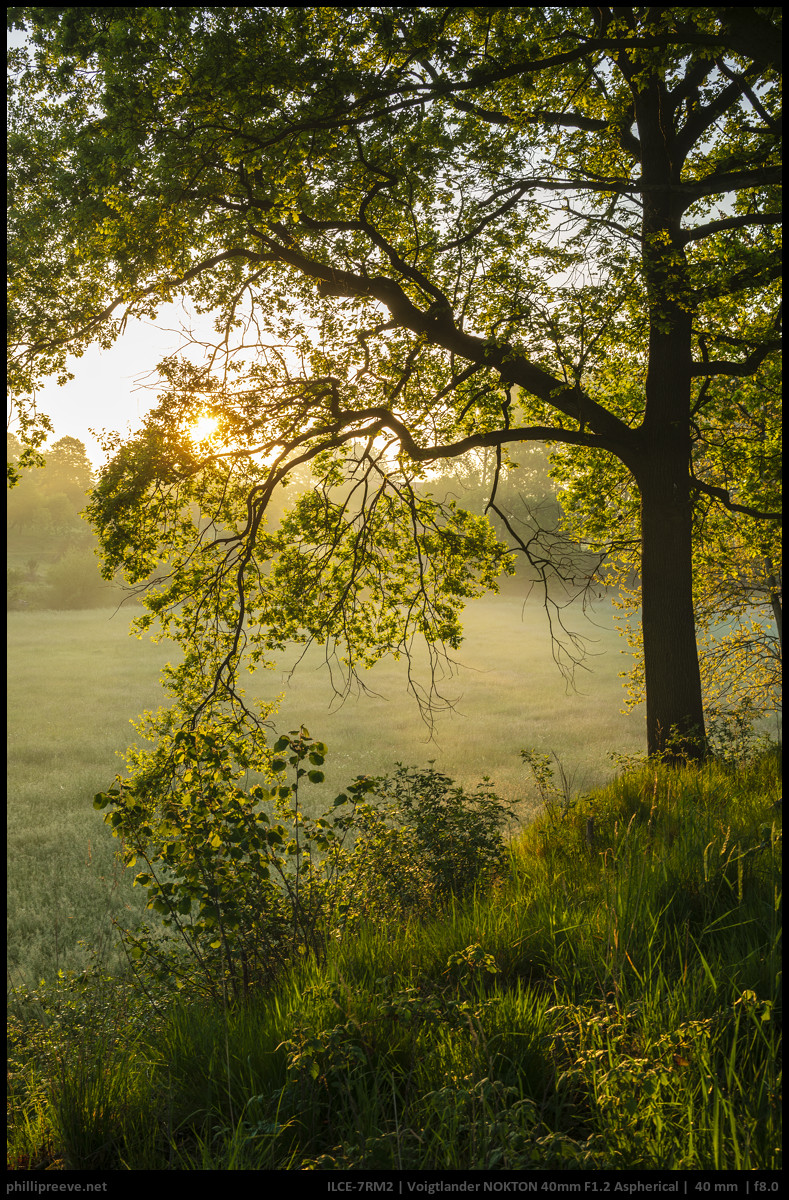 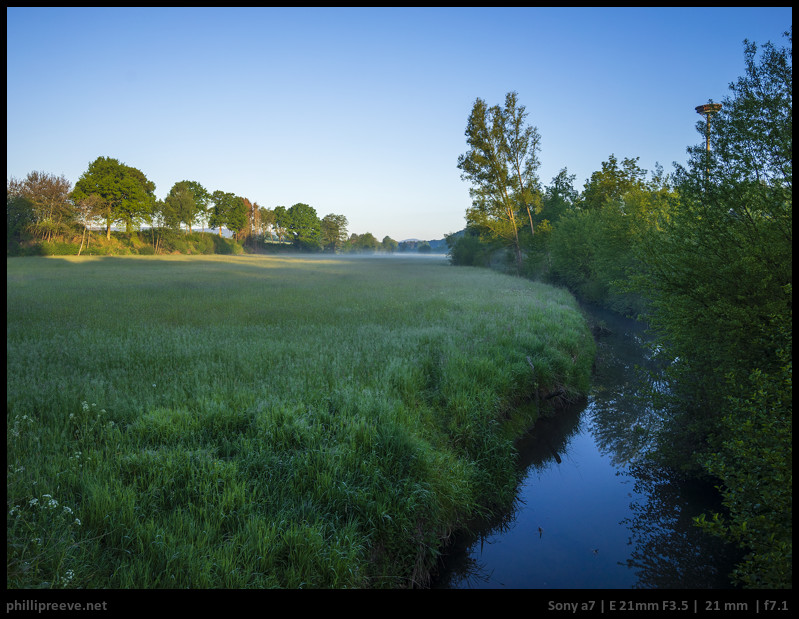 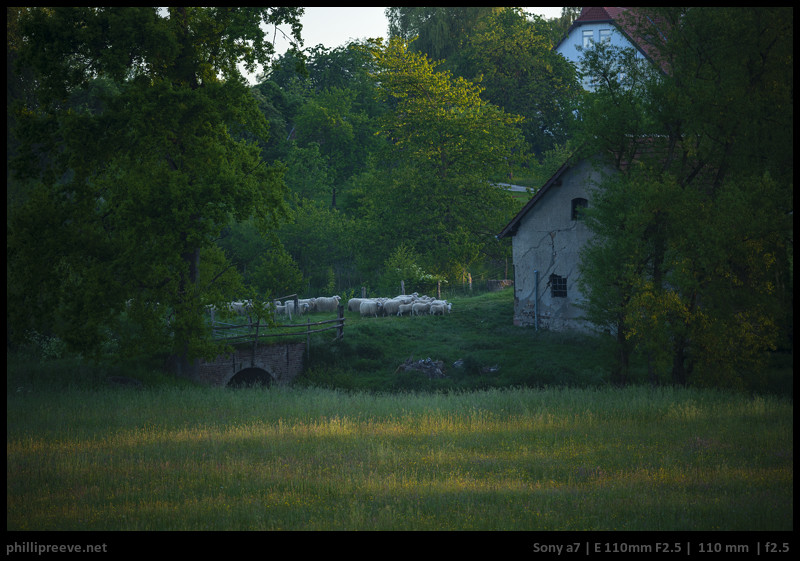 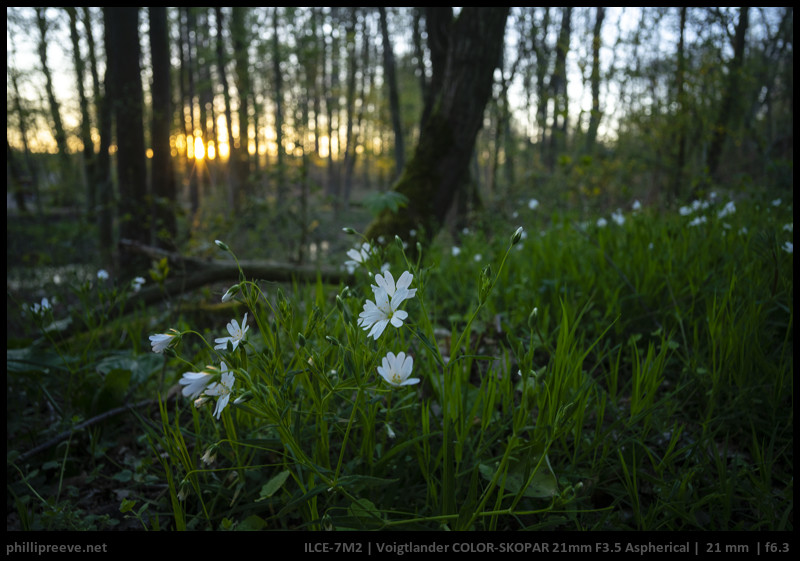 About a kilometre below the mill the valley has widened and merged with another one. The area is managed by an organic farm to which also belongs a forest I have often roamed when I lived just 5 minutes from here. 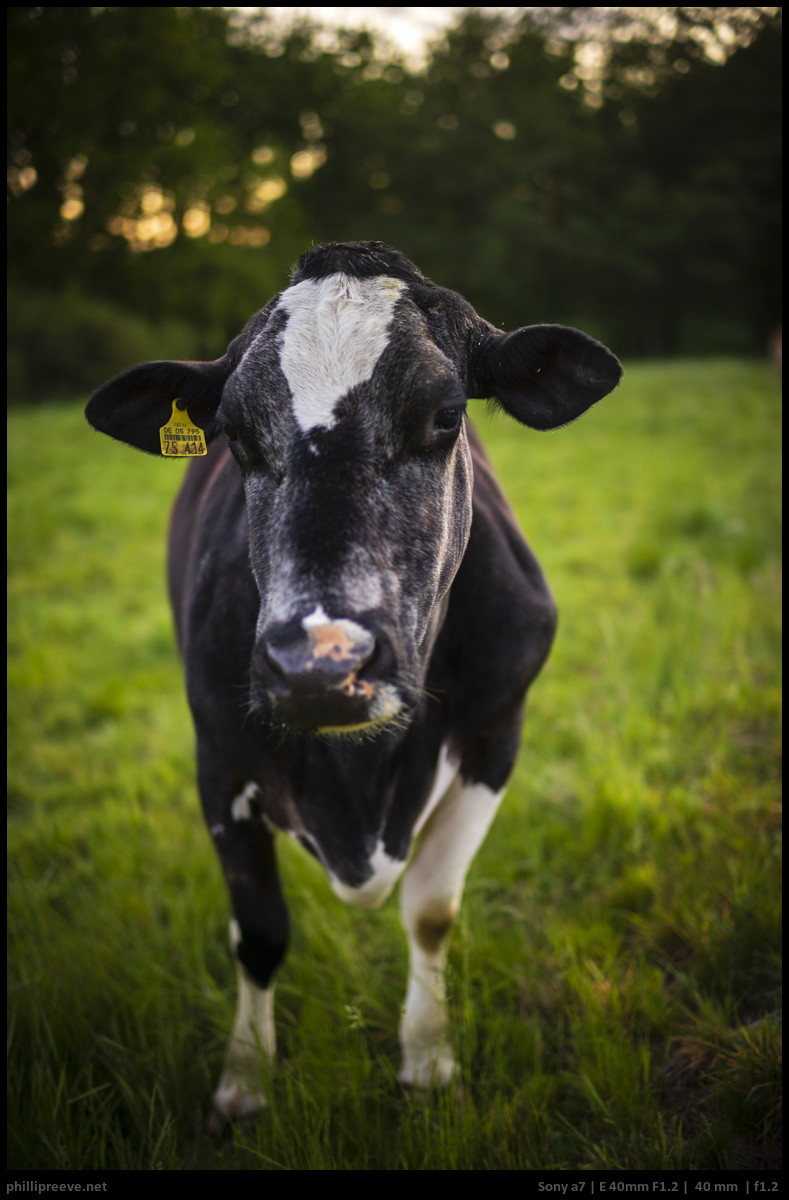 The lead-cow oft the farms flock of cattle is starting to get grey hair. Not a common sight. 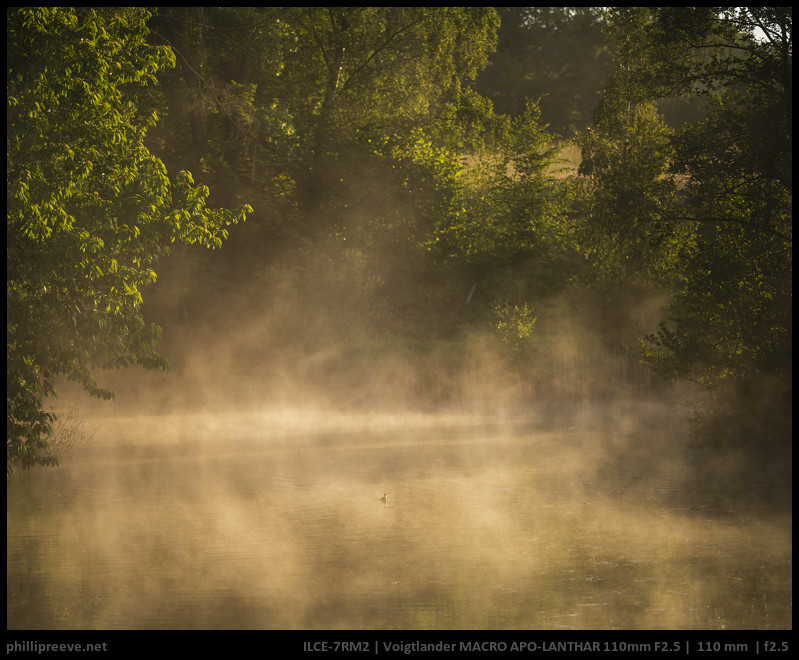 One of the opportunities you don’t plan for: In the early morning the farms’s pond is steaming with a lone Eurasian coot in the middle of it 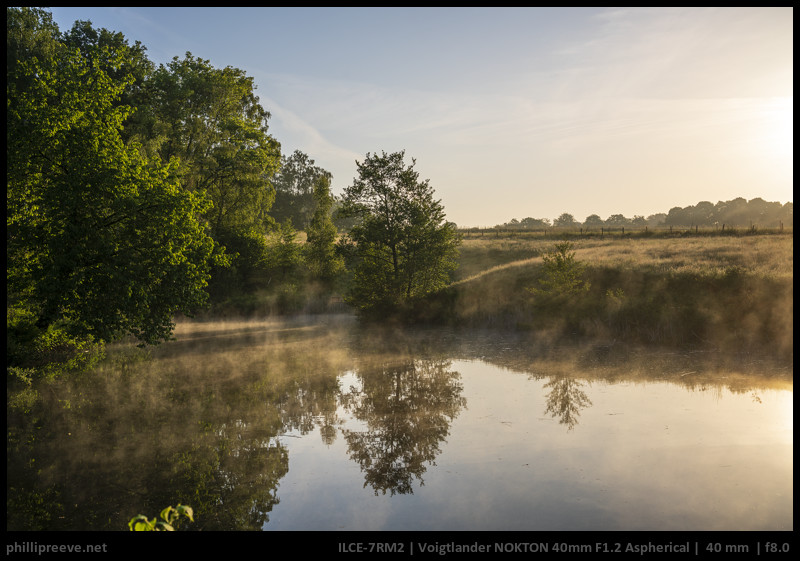 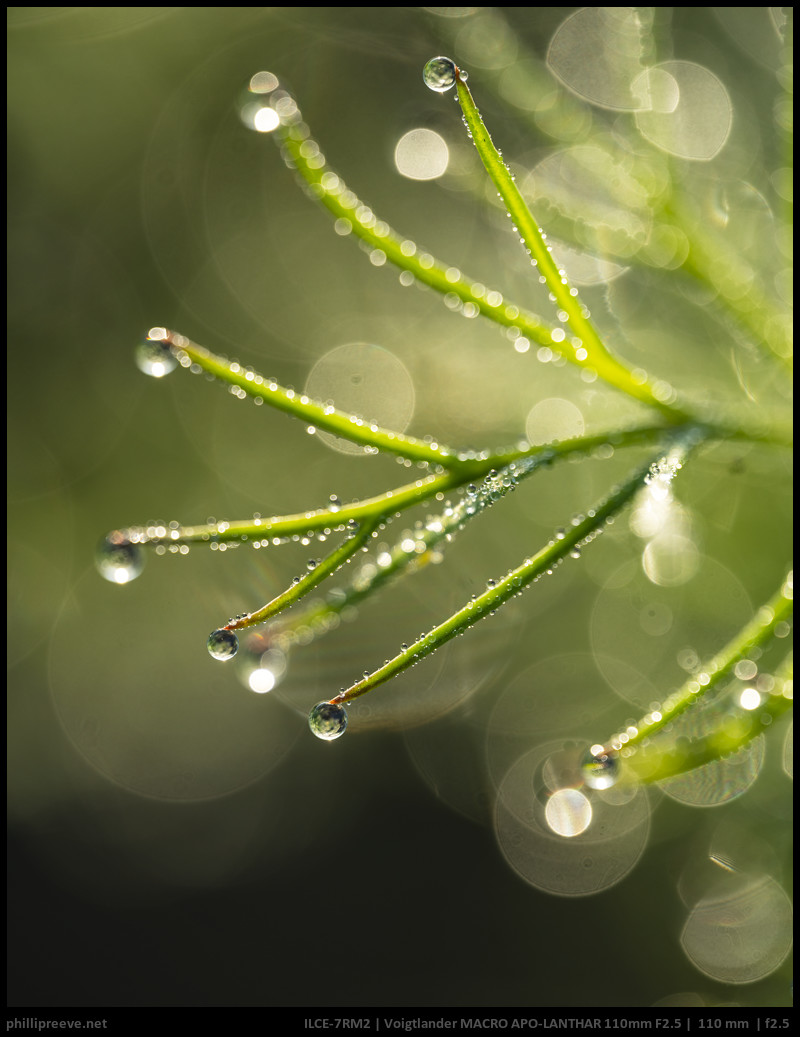 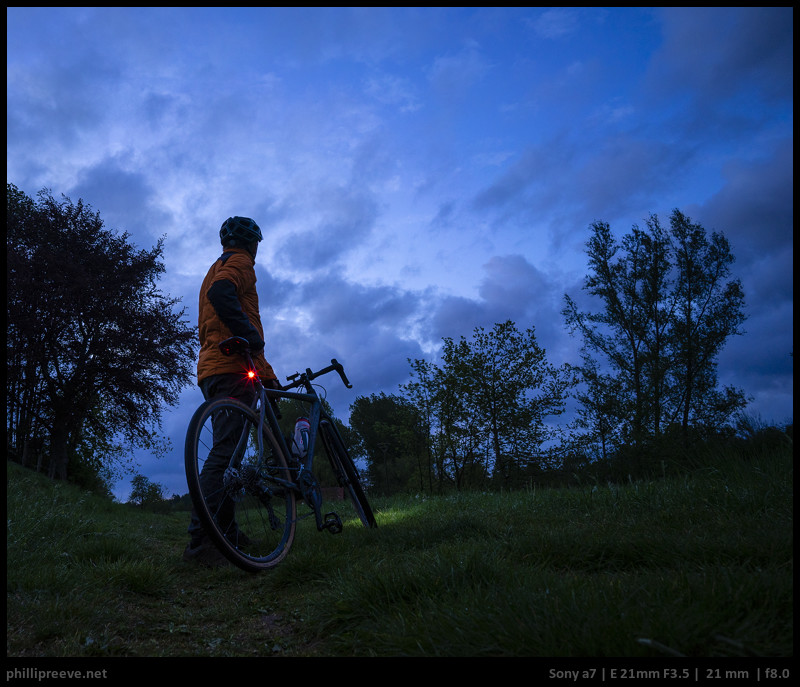 A bicycle has always been my default mode of transportation. After owning a car for half a year I was very glad to get rid of it. So after really starting to work and earn money I decided to buy a new bike for the first time in my life. So in March I got a gravel bike with 40mm all terrain tires and the handlebar of a road bike. This kind of bike is nearly as fast a a road bike on the street so I can quickly get to a location at 30 km/h but it can be ridden on rougher terrain as well so I can get anywhere I want in my area. 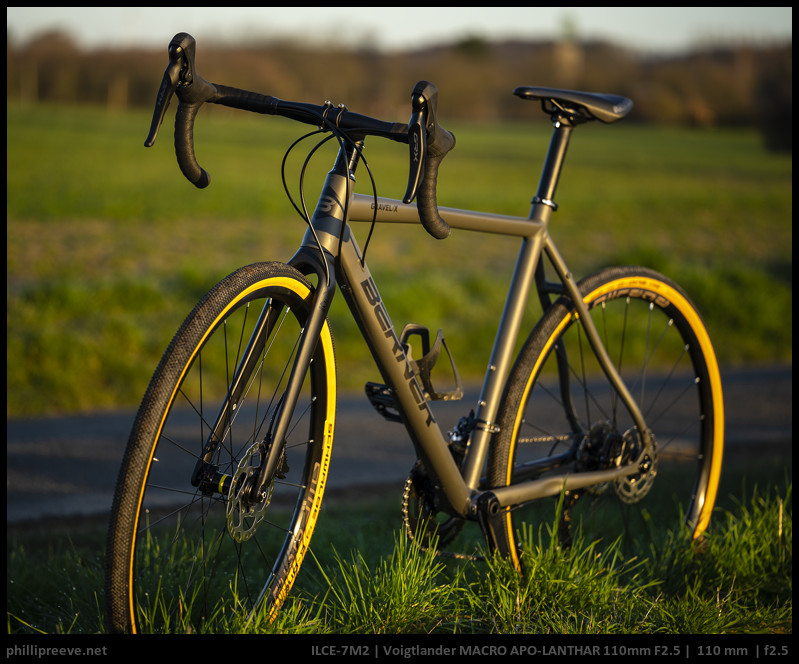 I got the bike more for exercise and to get to work but while nature woke up this spring I started to realize that my new bike would also have a profound effect on my photography. First it increased the number of locations and opportunities available to me. On my daily photo rides I usually spend between 1 and 1.5 hours on my photo tours and I am much faster with the new gravel bike, than with my old trekking bike. Since I could cover more ground in the same time I started to really discover the Teutoburger Wald and other locations. I also visited my little valley a lot more often because it was now easily accessible within an hours ride. Secondly I got into an daily routine where I am now out with my camera almost every day, combining exercise and photography. So I have many more photo opportunities and I also am fitter than I have been in a long time. 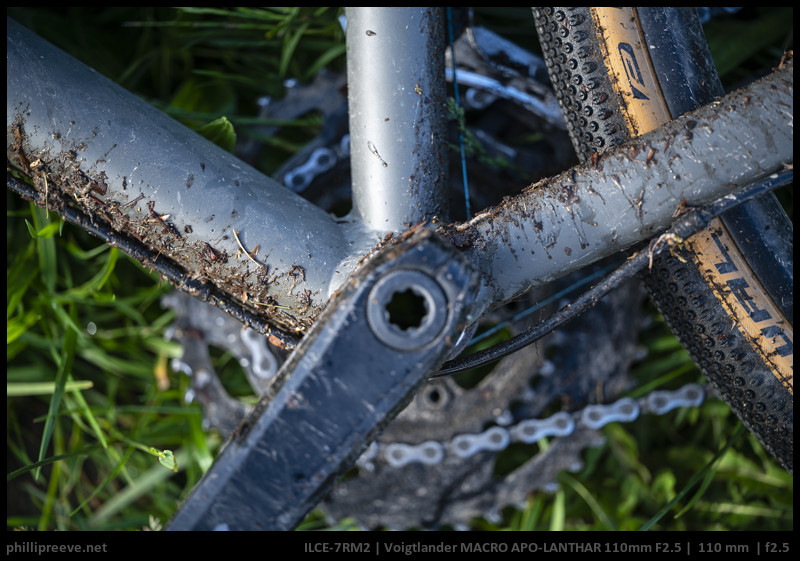 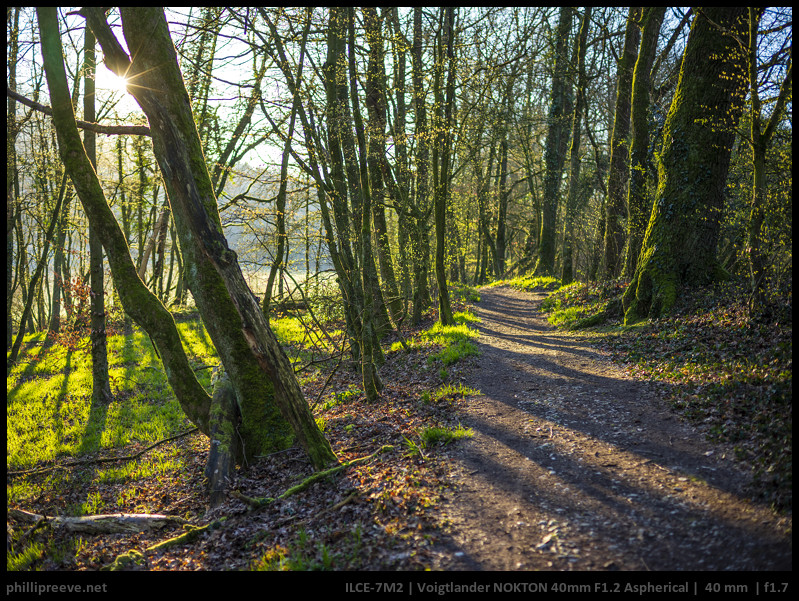 As I described the gear purchase that had a really positive effect on my photography was a bicycle. At the same time I didn’t buy any lenses. After my a7II stopped to work properly (all the buttons on the back are dead) I got myself a well used a7rII but otherwise I used what I had. Usually I carry

in my Think Tank Turnstyle 10 V2 which is great for cycling. I wrote a little piece on the bag here.

With the upcoming holidays I think I will find some time to write a few reviews for example of the Voigtländer 1.2/35 SE and a few legacy lenses and we plan to record the next podcast.

I hope you enjoyed this little photo tour, maybe you can even take some inspiration from it to better learn to know your local area,  maybe even on a bicycle. It took me many years but now I appreciate what I have here here around me very deeply. 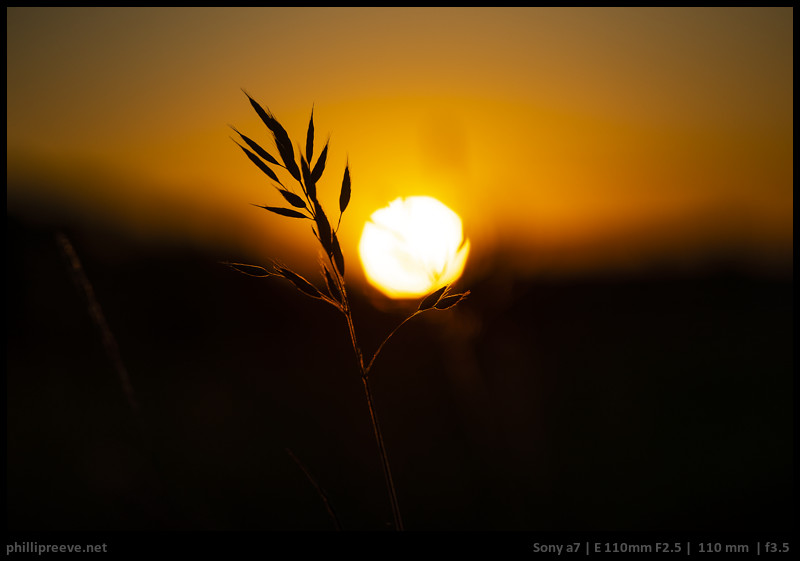 37 thoughts on “A Photography Ride through Spring”