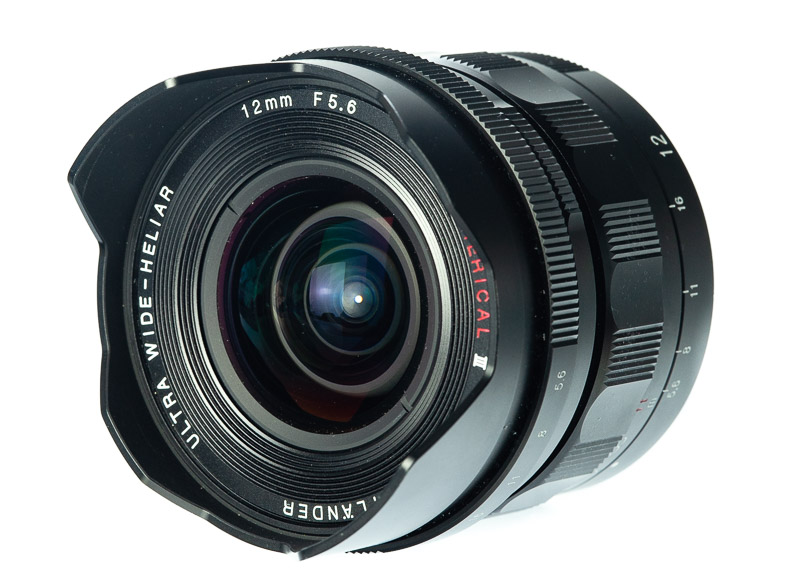 The Voigtländer 12mm 5.6 Ultra Wide Heliar E aspherical is one of the widest lenses you can buy and thanks to its moderate speed it is also a rather small lens. 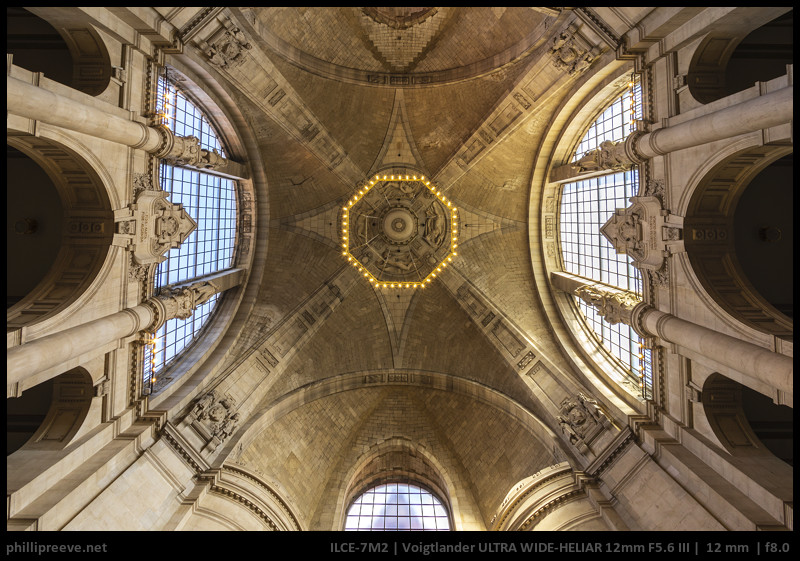 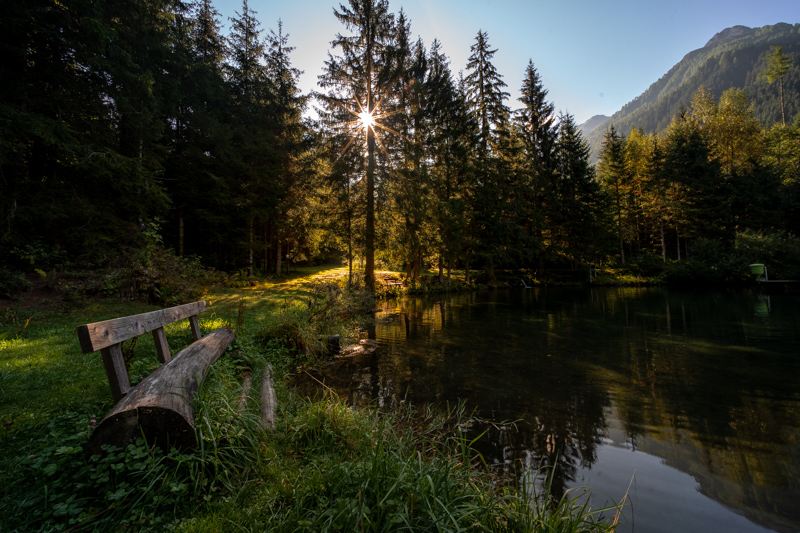 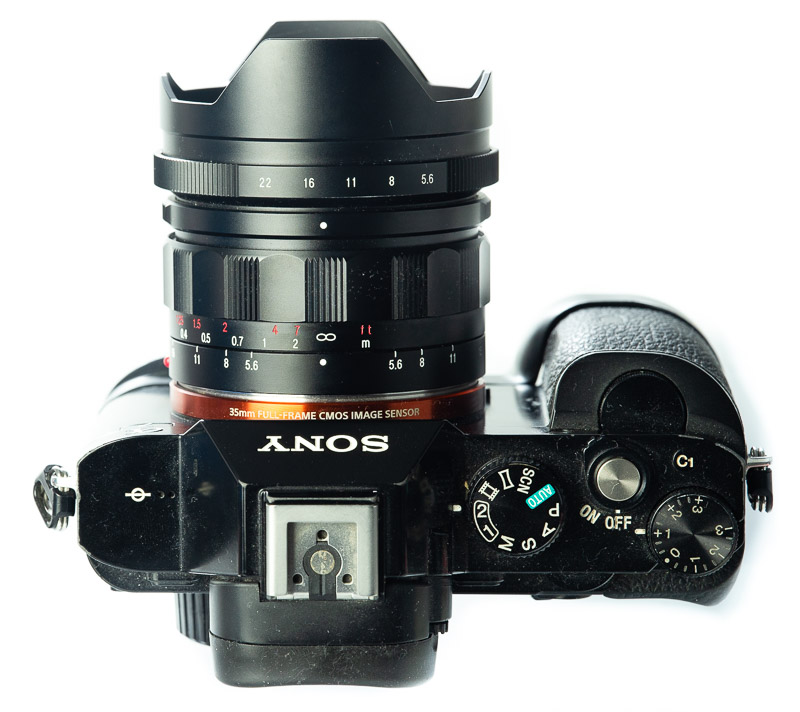 This lens sits right between the Voigtlander Hyper Wide Heliar 5.6/10 and the Voigtländer Super Wide Heliar 4.5/15 III. Neither as fast as the 15mm nor as wide as the 10mm, we have the hope that it is performs at least as bit better than the 5.6/10mm.

I am reviewing the brand new Sony E-Mount version here which has the following specifications:

You may also have a look at Voigtländer’s official page.

Right now the lens is available on ebay.de for 879€

(affiliate link) and at CameraQuest | B&H | ebay.com | amazon.com for 749$ (affiliate links). If you purchase the lens through one of these affiliate-links we get a small compensation with no additional cost to you.

There is an older, more compact 5.6/12 from Voigtlander which came in M39 and M-mount which we reviewed previously.

This newer design also comes as a slightly more compact M-mount version with the same optics. 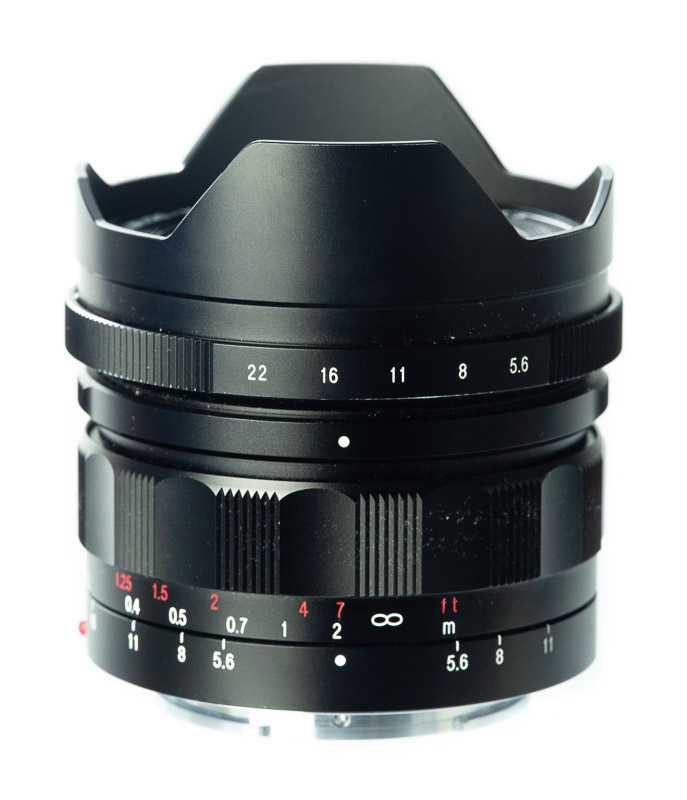 The build quality is very nice as the lens is an all metal construction and feels very solid, tolerances are very low and the markings are engraved and filled with white (and red) paint.

The focus ring hast just the right resistance, is distinctively shaped, quite broad and easy to grab without looking at the lens. It takes roughly 90° turning it from Infinity to 0.3 m.  The aperture ring has third-of-a-stop click-stops and it takes a little less than 70° from f/5.6 to f/22.
When you turn the focusing ring the camera zooms in automatically, this can also be turned off in the camera menu. But there is an additional effect: a virtual distance scale is shown in the viewfinder and on the screen.

The hood is non detachable and there is no filter thread so using filters is not possible without a lens specific adapter.

The aperture ring can be declicked – a feature which is also availabe on Zeiss Loxia lenses – but the incorporation here is way better in my opinion: there is a small ring right behind the aperture ring, you can pull it forward, turn it by 180° and thereby change between click stops and clickless aperture (white dot on top: click stops, yellow line on top: clickless). 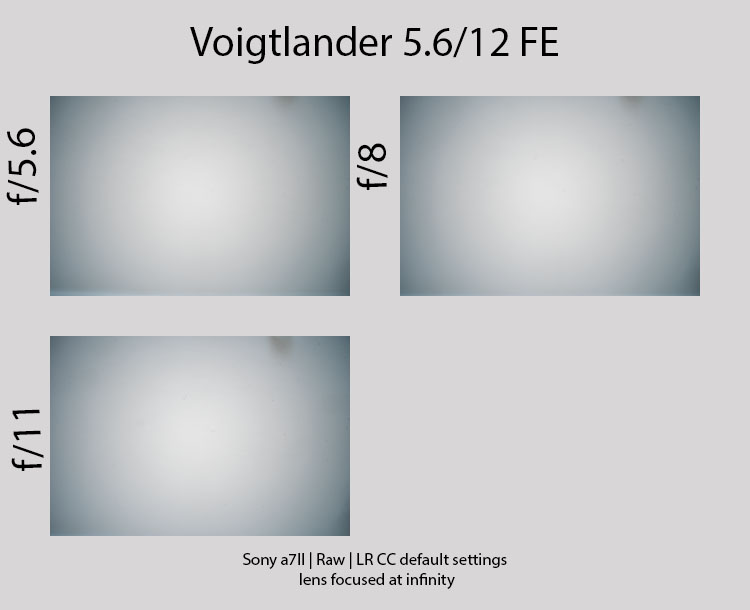 On the a7II I measure about 2.8 stops at all apertures. On the a7s and younger cameras figures might be slightly better. The is a lightroom profile with reduces vignetting but does not correct it completely.

There is also a blue colorcast. Again this might differ on other sensor designs. When photographing snow it could be noticeable. 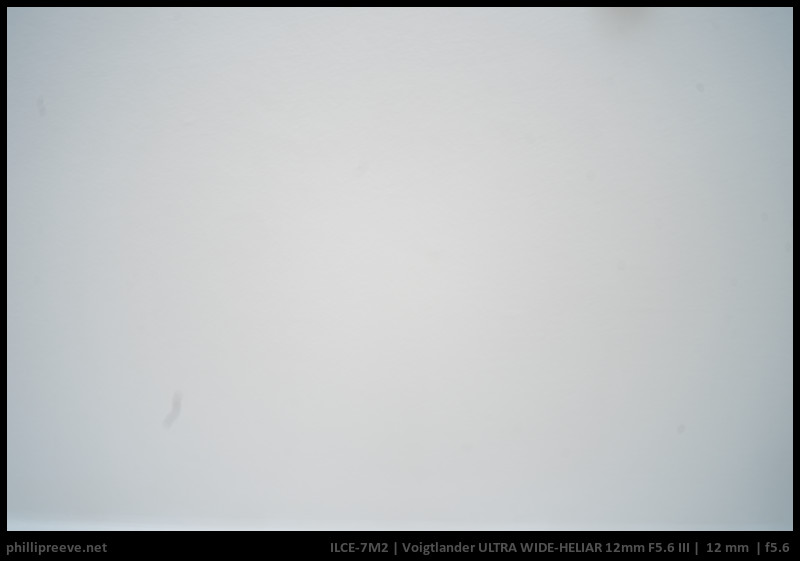 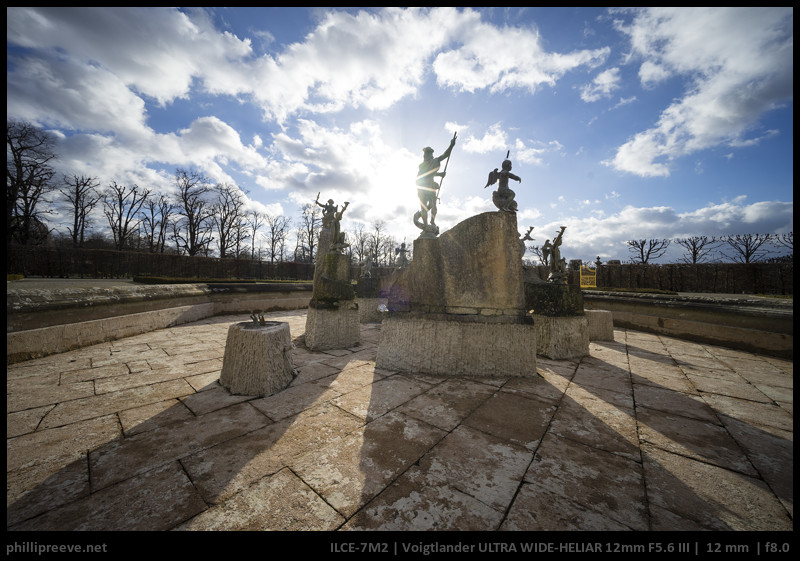 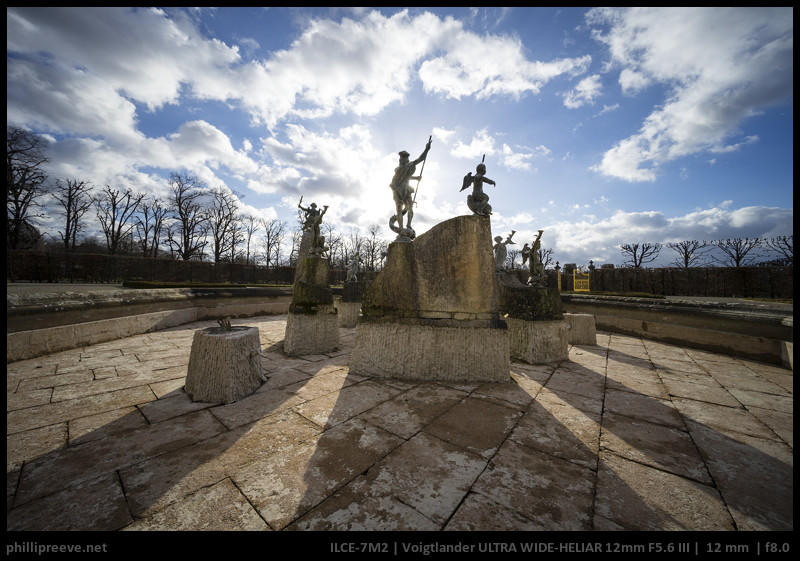 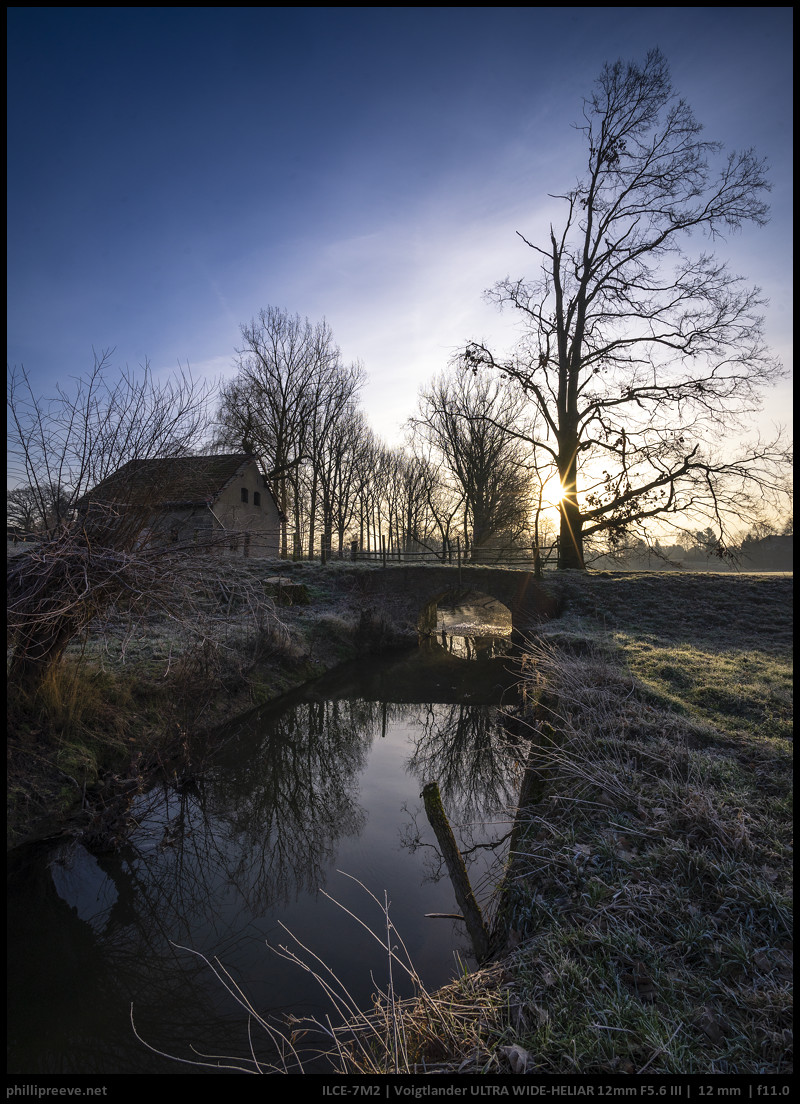 Flare resistance is very good. You can produce minor ghosting and some veiling flare but they are pretty unobtrusive. 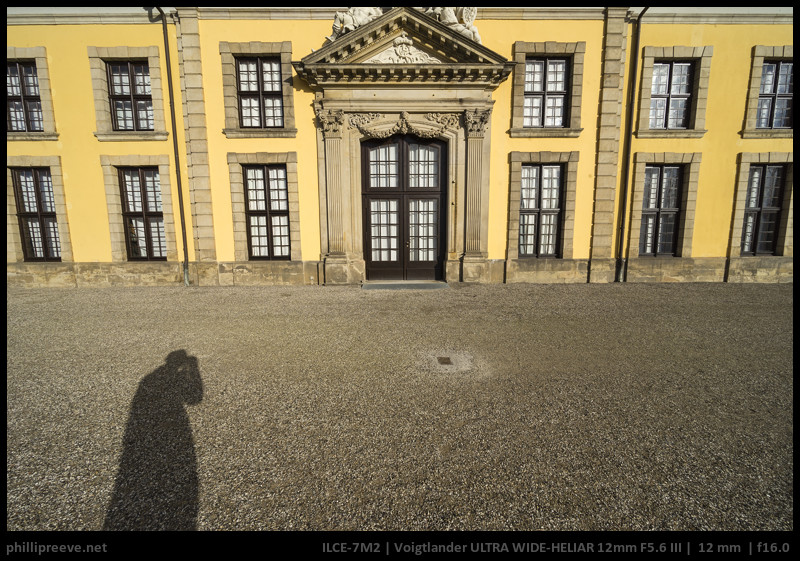 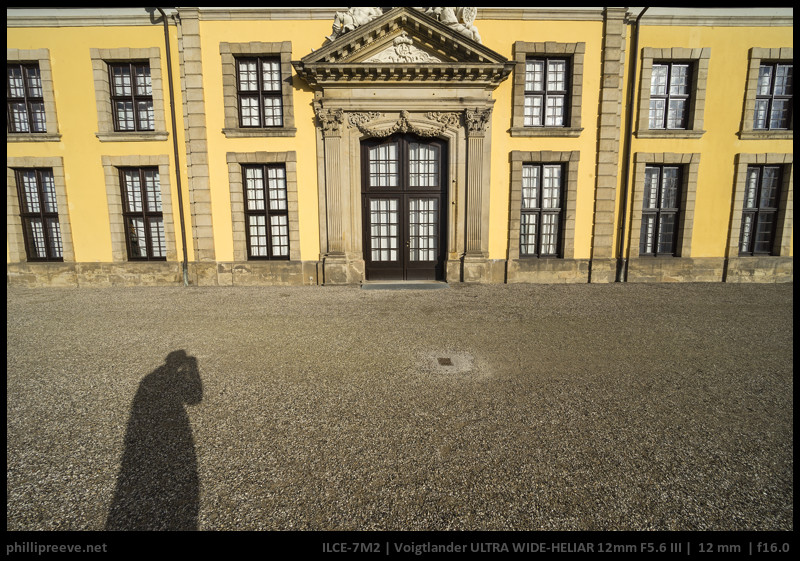 before: uncorrected | after: corrected

The is only minor distortion which is corrected by profile in LR. 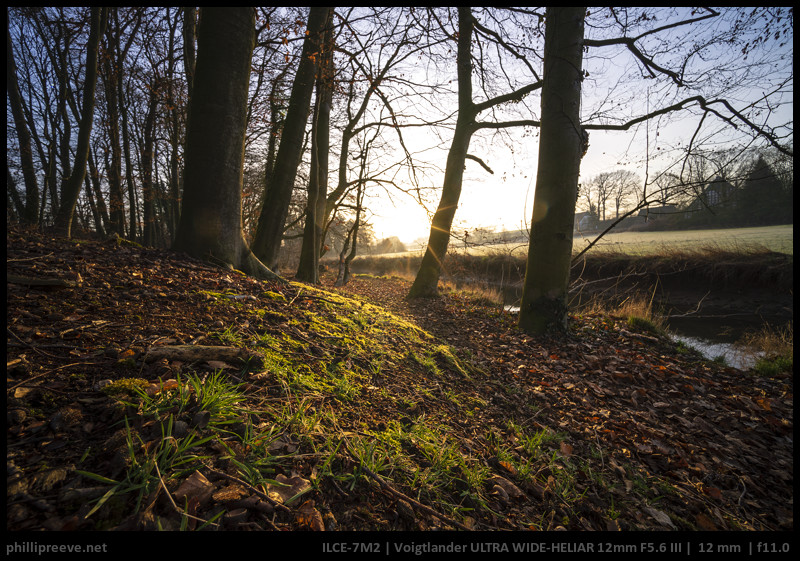 Between f/5.6 and f/16 this lens has the same beautiful sunstars we have come to expect from a Voigtlander lens.

With an close focusing distance of 30 cm this ist the most shallow DOF  you can get and it looks ok.

Because of the slow maximum aperture longitudinal CAs are nothing to worry about. Because I couldn’t find any, I can’t show you any. 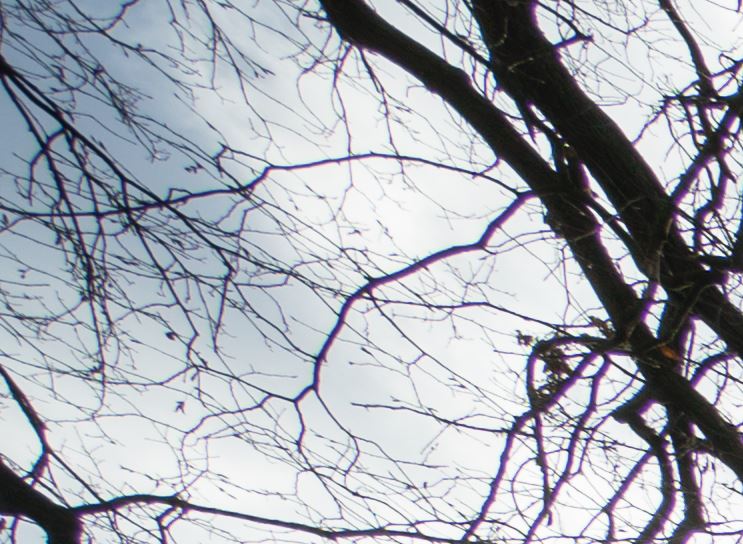 f/8: Now the corners are sharp as well though not on a very high level.

f/11: Everything is a little less sharp due to diffraction.

Overall this is a decent performance. If you consider the very wide focal length I would even call it a good performance.

Sony FE 4/12-24: The significantly bigger and more expensive Sony is quite a bit sharper than the Voigtlander and of course it offers AF, is one stop faster, has less vignetting and zooms. But it is less flare resistant and doesn’t have nice sunstars. So flexibility and performance count for the zoom, only price, handling and flare resistance for the prime.

Voigtlander 12mm 5.6 Ultra Wide Heliar (M39): The predecessor has weaker corners, is less pleasant to use and even stronger vignetting but it is smaller and more affordable.

Laowa 2.8/12: Much much bigger and faster with less vignetting but also weaker flare resistance and not as nice sunstars.

Voigtlander 5.6/10: The jump from 12mm to 10mm is more extreme than you might think. Apart from that these lenses are very similar, the 12mm is a little sharper and a little more affordable.

To achieve the smallish size and very wide focal length of the 5.6/12 Cosina had to trade off strong vignetting, slow speed and some sharpness. I think the results is a well balanced lens which is pleasant to handle and which gives very good results in capable hands.

Composing images at 12mm is a challenge and it takes quite a bit of experience to employ such a wide lens effectively. But if you know how to employ it you get a distictive perspective.

Since there is a wider Voigtlander 5.6/10 (which is less sharp) and a sharper, more flexible Sony 4/12-24 (which is more flare prone) the audience for the 5.6/12 is probably not very large but if you appreciate using manual focus lenses, shoot against the light and know that 10mm are too wide for you then I wouldn’t hesitate to recommend the Voigtlander.

Right now the lens is available on ebay.de for 879€

I have also set up a flickr album for this lens which contains some more sample images.